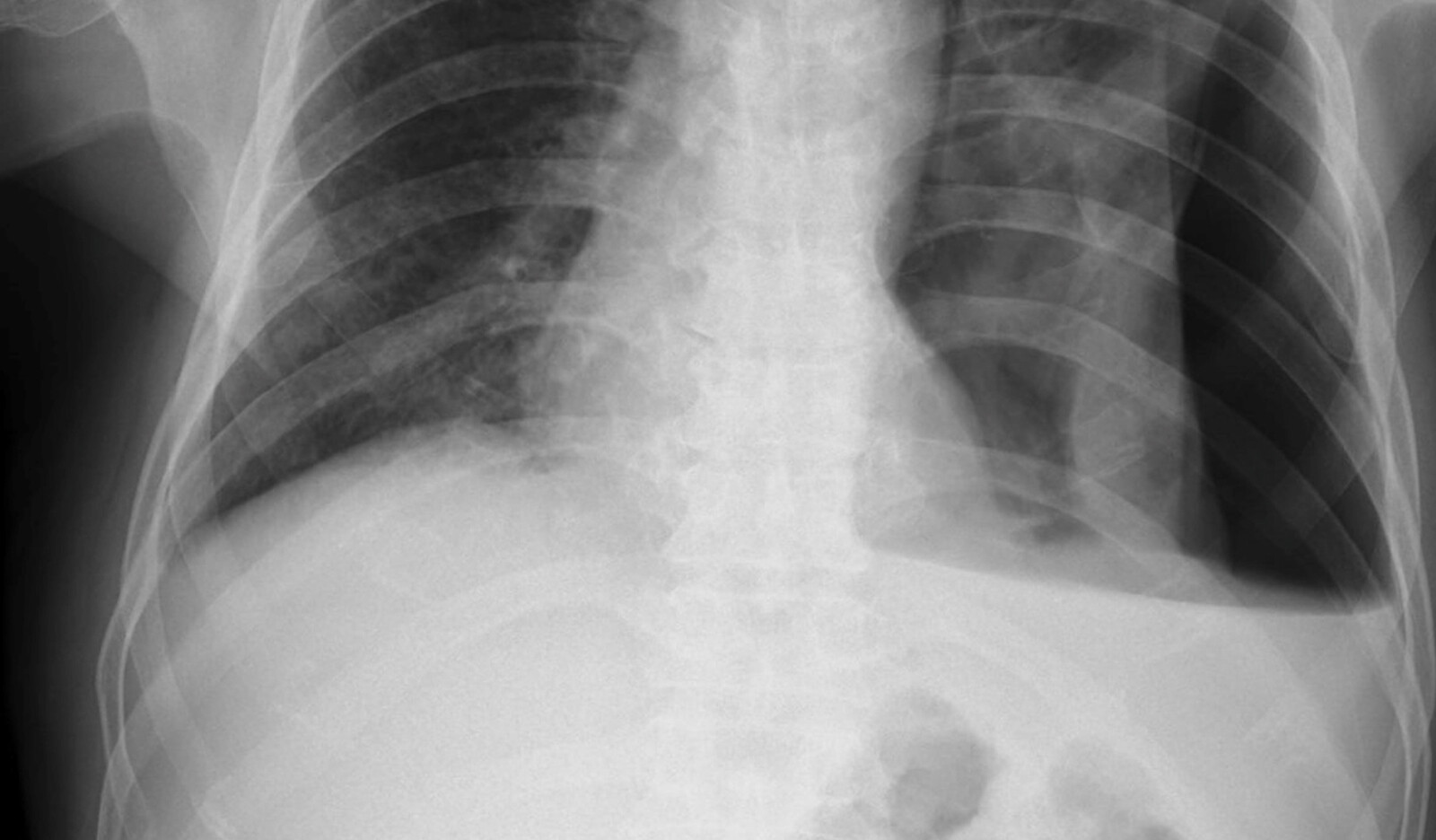 A 30-year-old chronic smoker presented to the emergency department with a history of breathlessness, cough with expectoration, and right-sided chest pain for the past four days. On initial assessment, the patient’s saturation was low (50% in room air), and right-sided air entry was absent.

After starting the patient on high ﬂow oxygen saturation improved to 90%. Other assessments and vital signs were normal.

A right-sided intercostal tube drainage (ICD) was inserted, which had a gush of air and straw-colored ﬂuid conﬁrming it as hydropneumothorax, followed by a CXR to check for tube position. The patient’s saturation improved to 96% and was symptomatically better after ICD. Baseline workup showed raised white blood cell counts. Sputum acid-fast bacilli staining (AFB) was positive for mycobacterium tuberculosis. The patient’s pleural ﬂuid culture–sputum culture turned out to be positive for pseudomonas aeruginosa and klebsiella pneumoniae co-infection and he was started on appropriate antibiotic therapy. The ﬁnal diagnosis was tubercular hydropneumothorax with secondary bacterial infections.

They describe the ultrasound technique for confirming hydropneumothorax at the bedside, by slowly screening the lung with ultrasound in the caudocranial direction in sitting position from the effusion zone.

At the air–ﬂuid interface level one can see hyperechoic anechoic dynamic image subpleurally, which is called hydro-point and DAFI sign. Thus, if such a pattern of barcode sign or absent lung sliding in the non-dependent zone, hydro-point at interface zone and pleural effusion/sinusoidal pattern in the dependent zone are seen, hydropneumothorax can be diagnosed at the bedside.