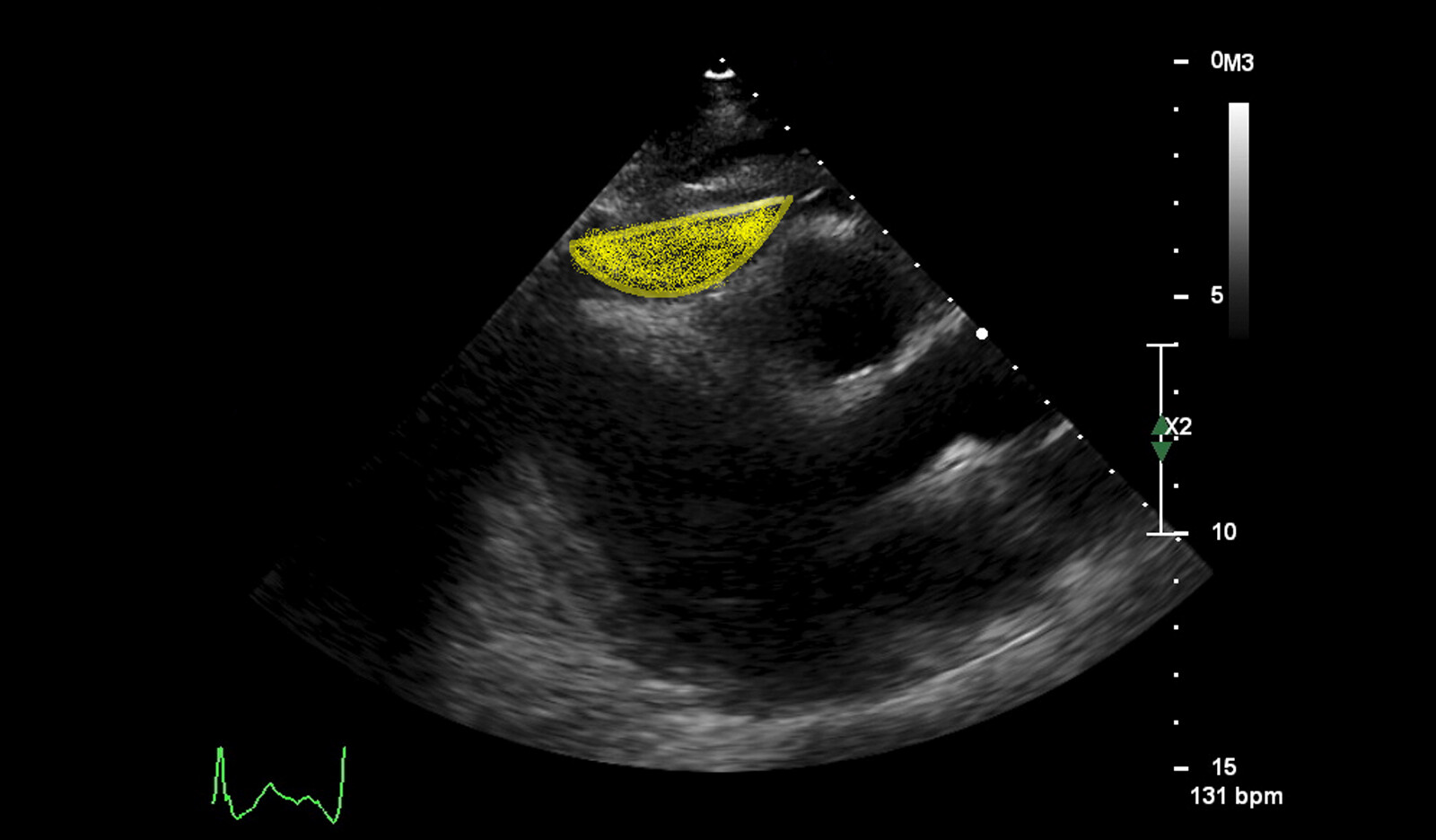 Pericardial adipose tissue – fat superficial to the parietal pericardium (pericardial fat) and fat located between the myocardium and the visceral pericardium (epicardial fat) – has been linked to coronary artery disease, atrial fibrillation (AF), and abnormal cardiac structure and function.

Epicardial fat lies in direct contact with cardiomyocytes and secretes numerous bioactive factors, which have been implicated in adiposity-associated inﬂammation and insulin resistance. This in turn contributes to myocardial fat deposition and ﬁbrosis. Epicardial adipose tissue is also metabolically active, expressing high amounts of proteins associated with lipid metabolism.

Previous studies demonstrated that pericardial fat is associated with an increased risk for heart failure in individuals without prior cardiac disease, but these studies did not explore potential mechanisms.

Therefore, the authors utilized data from the Multi-Ethnic Study of Atherosclerosis (MESA) to examine the association between pericardial adipose tissue volume by computed tomography (CT) with cardiac structure and function by echocardiography. The volume of pericardial fat determined by this method has been demonstrated to approximate that of epicardial fat and is independently associated with increased risk for incident heart failure.

Participants were free of clinical cardiovascular disease at the time of recruitment. Standardized deﬁnitions were used to determine incident diagnoses of coronary heart disease (CHD), congestive heart failure (CHF), and AF. Since right heart function may be impacted by pulmonary disease, additional covariates included spirometry and quantitated emphysema by CT obtained as part of the MESA Lung Study, which enrolled 3,965 MESA participants in 2004-6.

Among MESA participants, 3,032 underwent echocardiography at exam 6 as part of the MESA Early Heart Failure Study, an ancillary study to examine the mechanisms and phenotypes of early heart failure.

All 2D, Doppler, and M-mode echocardiographic measurements were performed by two experienced research sonographers blinded to all other data. Measures of cardiac mechanics, chamber quantiﬁcation, and cardiac function were performed in accordance with the recommendations of the ASE. A still image containing an overlay of the echocardiographic tracing was captured for each measurement performed and archived for review and veriﬁcation by two cardiologist over-readers with expertise in echocardiography. Speckle tracking analysis was also performed using GE Echo PAC software. For ease of reporting and interpretation, all strain values were reported as absolute values (with lower absolute strain values corresponding to worse cardiac mechanics). Quality control metrics for inter- and interobserver variability were performed on a sample of 100 studies.

Among 6,814 participants initially recruited in MESA, the authors included the 3,032 participants who underwent echocardiography at exam 6. At baseline, this cohort was 53% female, with mean age 57 years, and 40% White, 25% Black or African American, 22% Hispanic, and 13% Asian.

Baseline (exam 1) pericardial fat volume (mean, 73.6 cm3; SD = 39.3 cm3 ) was positively correlated with BMI, although there was substantial variation among those with high BMI. Those in the highest quartile of pericardial fat were predominantly male and older, with a greater proportion of White and Hispanic participants, higher BMI, and greater prevalence of baseline cardiovascular risk factors.

The authors concluded that in this large, diverse cohort of elderly adults free of baseline cardiovascular disease, pericardial fat volume was associated with distinct atrial and ventricular abnormalities by echocardiography after nearly 20 years of follow-up.

In addition, the authors commented that these distinct changes in cardiac structure and function are accompanied by decreased 6MWD, suggesting a potential mechanistic role for pericardial fat in early heart failure.