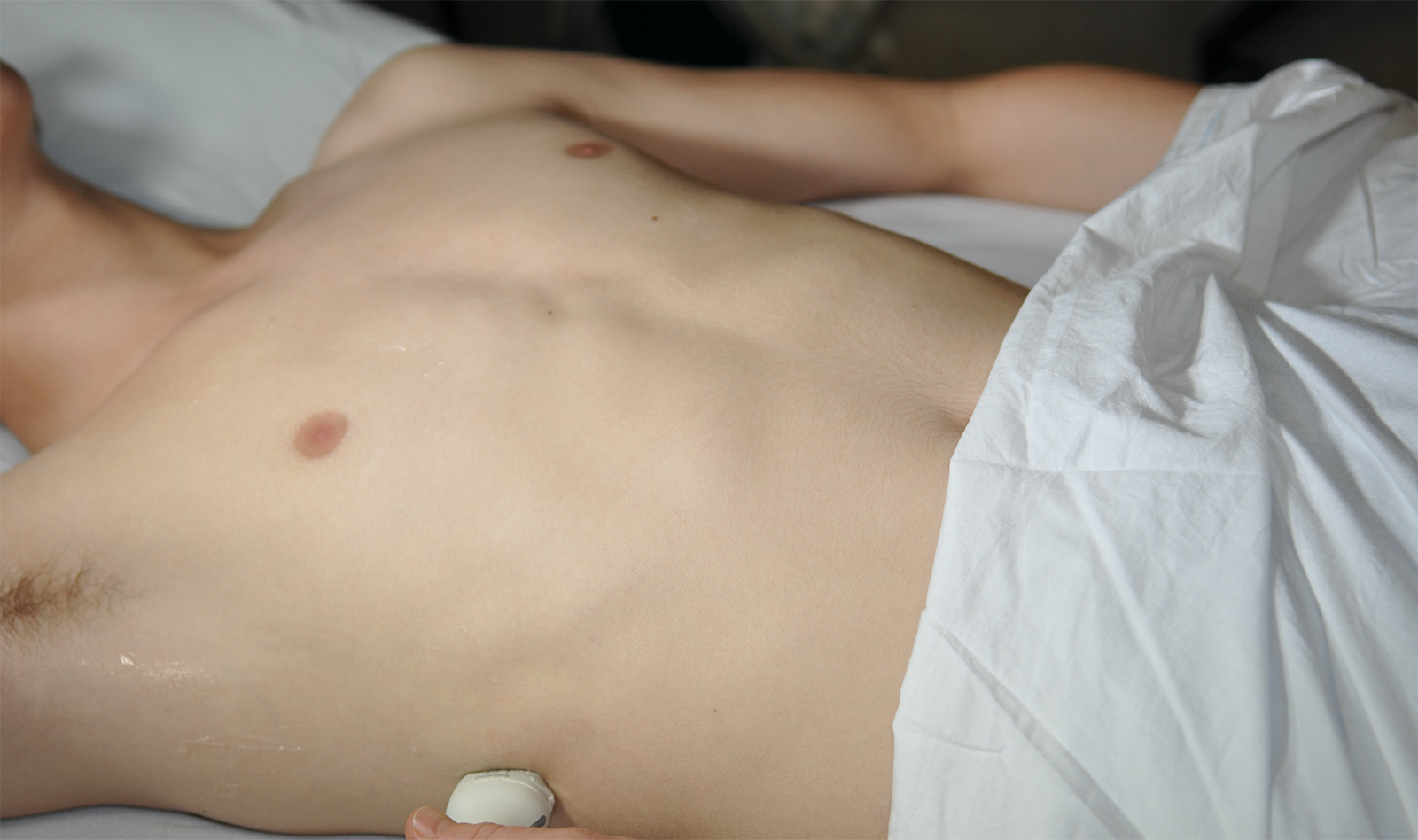 In recent years, ultrasonography has been used to evaluate diaphragmatic motion characteristics such as excursion and thickening, with derived measurements being shown to relate to outcome of weaning from mechanical ventilation.

This study was designed as a two-stage prospective observational study. First, the authors evaluated the waveform pattern of diaphragmatic TDI, to measure the velocities of diaphragmatic contraction and relaxation in healthy individuals, report the normal values and assess the reproducibility of the method. In the second stage, the authors recorded the diaphragmatic TDI pattern and values in intubated ICU patients during a spontaneous breathing trial, comparing weaning success and weaning failure cases.

In a subgroup of patients, the authors also correlated TDI measurements to parameters derived from the corresponding transdiaphragmatic pressure (Pdi) waveforms, aiming at a better understanding of the clinical significance of the TDI values and their derived parameters.

In the first stage, TDI was performed on twenty healthy volunteers (ten men and ten women, aged between 25-48 years), where diaphragmatic TDI waveform was assessed. This allowed the authors to describe the range of normal values of the diaphragmatic motion velocities during inspiration and expiration, and to evaluate the reproducibility of the method. A total of over 150 breaths were recorded, accounting for about 8-10 breaths per participant.

In the second stage, consecutive ICU patients who were mechanically ventilated for more than 48 hours were screened for participation in the study. Patients were excluded if they were younger than 18 years of age, had neuromuscular diseases, flail chest or multiple rib fractures, had chest tubes in place, were morbidly obese, had spinal cord injuries, or if TDI signal could not be obtained from the right hemidiaphragm.

The sonographic examination was performed at the end of a 30 minutes T-piece weaning trial or immediately before reconnection to the ventilator in the case of weaning failure occurring before.

Since TDI is unable to discriminate passive from active motion, patients were assessed during spontaneous breathing because TDI assesses only the absolute tissue velocity. Since the acoustic window on the left are limited, all ultrasound measurements were performed on the right hemi-diaphragm. TDI images were obtained with a phased array 2-4 MHz probe (“cardiac probe”), which was placed in the subcostal position between the mid-clavicular and anterior axillary lines, with the patients being examined while breathing spontaneously laying on a bed with the back elevated at 30°.

Stage 1 – control group
A total 168 different breaths from the control group of 20 healthy volunteers were recorded (about 810 breaths per participant). Excellent intra- and inter-observer reproducibility was found for all variables.

Stage 2 – study population
A total of 116 consecutive ICU patients were enrolled in the study. Sixty-seven patients (57.8%) succeeded the weaning trial. Diaphragmatic assessments in these patients included measurements of diaphragmatic displacement and thickening, followed by TDI measurements. When TDI-derived values from ICU patients were compared to those recorded in healthy controls, peak contraction and peak relaxation velocities did not differ between weaning success patients and healthy volunteers.

The authors comment on the fact that no previous information exists about the diaphragmatic TDI pattern and range of normal values in normal individuals or in ICU patients. This study established the TDI pattern of diaphragmatic contraction and relaxation, along with their peak corresponding values, the inspiratory velocity-time integral and the TDI-derived relaxation rate in normal individuals as well as in patients who successfully were able to wean off the ventilator and those who did not. The authors found that patients who failed to wean off the ventilator exhibited significantly higher peak contraction and relaxation velocities and higher relaxation rate compared to both healthy participants and patients who were able to successfully wean off the ventilator.