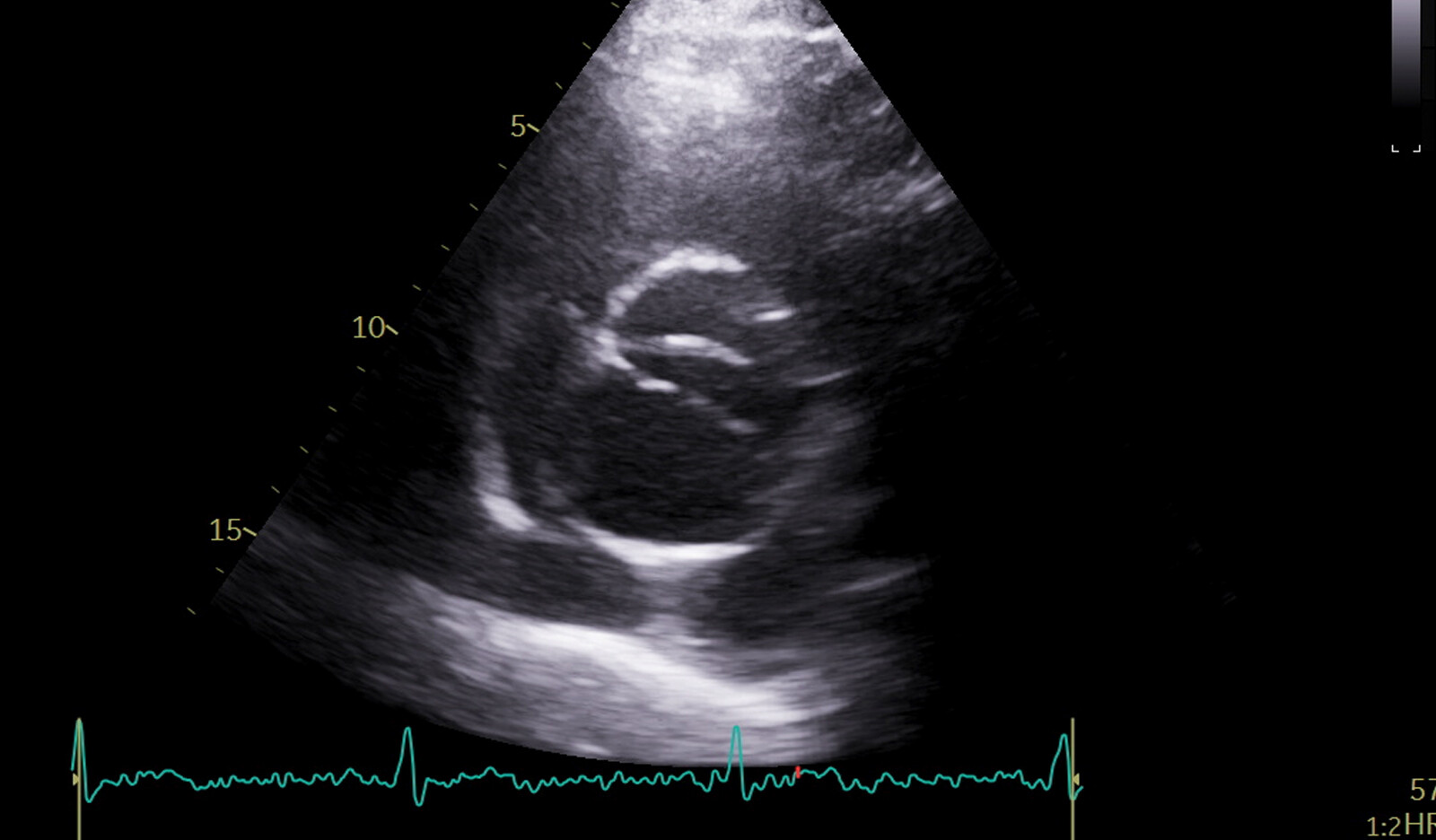 Bicuspid aortic valve (BAV) is the most common congenital cardiac abnormality. It is detected in up to 50% of patients requiring aortic valve replacement (AVR) because of signiﬁcant aortic stenosis (AS). Patients with BAV-AS are two decades younger, have fewer comorbidities, and exhibit signiﬁcantly better survival than those with tricuspid aortic valve AS (TAV-AS).

The occurrence of cardiac damage (CD) is progressive in both patients with BAV-AS and those with TAV-AS, with the latter group developing CD at a signiﬁcantly higher rate than those with BAV. In addition, BAV morphology exhibit an age and comorbidity-independent ‘‘protective’’ effect on CD development in AS. Whether BAV confers ‘‘protection’’ against AS-related CD, or whether subclinical cardiac abnormalities in BAV-AS are overlooked by conventional echocardiographic parameters, is not clear.

The authors hypothesized that patients with more than moderate AS (i.e., moderate to severe AS and greater) may develop subclinical ‘‘downstream’’ CD captured by multichamber strain (MCS) analysis.

Therefore, the aim of this study was to:

Patients were from an AS cohort designed to compare disease progression and outcomes between BAV-AS (consecutive patients between 2000 and 2013, n = 330) and TAV-AS (1:2 matched to the BAVAS group by year of baseline transthoracic echocardiographic examination, n = 581) with more than mild AS at baseline.

All the patients were retrospectively identiﬁed from the echocardiography database. Inclusion criteria included:

Demographic information was ascertained at the time of last transthoracic echocardiographic evaluation. Medical history was retrieved from the electronic medical record. Two-dimensional and Doppler echocardiographic images were clinically acquired by credentialed sonographers and reviewed by level 3–trained, board-certiﬁed cardiologists, according to the current American Society of Echocardiography and the European Association of Cardiovascular Imaging guidelines. AVA was calculated using the continuity equation.

LV-GLS was calculated as the average of global strain of three apical views. For LA and RV strain analysis, the software automatically identiﬁed the endocardium of the left atrium and right ventricle after manually selecting three points of each chamber.

The primary outcome was the incidence of all-cause mortality.

Compared with those with TAV, patients with BAV were more than a decade younger, more were men, and they had less cardiovascular risk burden and fewer comorbidities.

The severity of valvular obstruction (percentage of severe AS, AV peak velocity, MG) was similar between BAV and TAV.

LV-GLS was an important single parameter, determining 30% to 50% of variation in measured LASr and RVFW-LS (linear regression adjusted R 2 = 0.3-0.5), suggesting that LV systolic function is a partial determinant of LA reservoir function and RV systolic function in both TAV-AS and BAV-AS.

385 patients (85% of those with BAV vs 56% of those with TAV) had AVR. Time from echocardiographic evaluation to AVR was similar in both groups. AVR showed similarly protective effect in the BAV-AS and TAV-AS groups. By landmark analysis, in TAV-AS, AVR showed a favorable effect on survival independent of the number of chambers with impaired strain.

Associations of Strain Parameters and MCS with All Cause Death

Three strain parameters, separately, showed signiﬁcant associations with death either as a continuous or as a dichotomized variable (impaired vs preserved) in both BAV-AS and TAV-AS. This associations remained intact after additional adjustment for CD staging in both groups.

In TAV-AS, single-, paired- and triple-chamber impaired strain showed a stepwise increased risk for death compared with preserved strain of all three chambers.

The author concluded that MCS characterization is simple, reproducible, and independent of CD staging for prognostication of both patients with BAV and those with TAV with more than moderate AS (>90% severe). They added that echocardiographic strain-centric approach has the potential utility of improving risk stratiﬁcation and aiding clinical decision-making in AS management, in both patients with BAV AS and those with TAV AS.