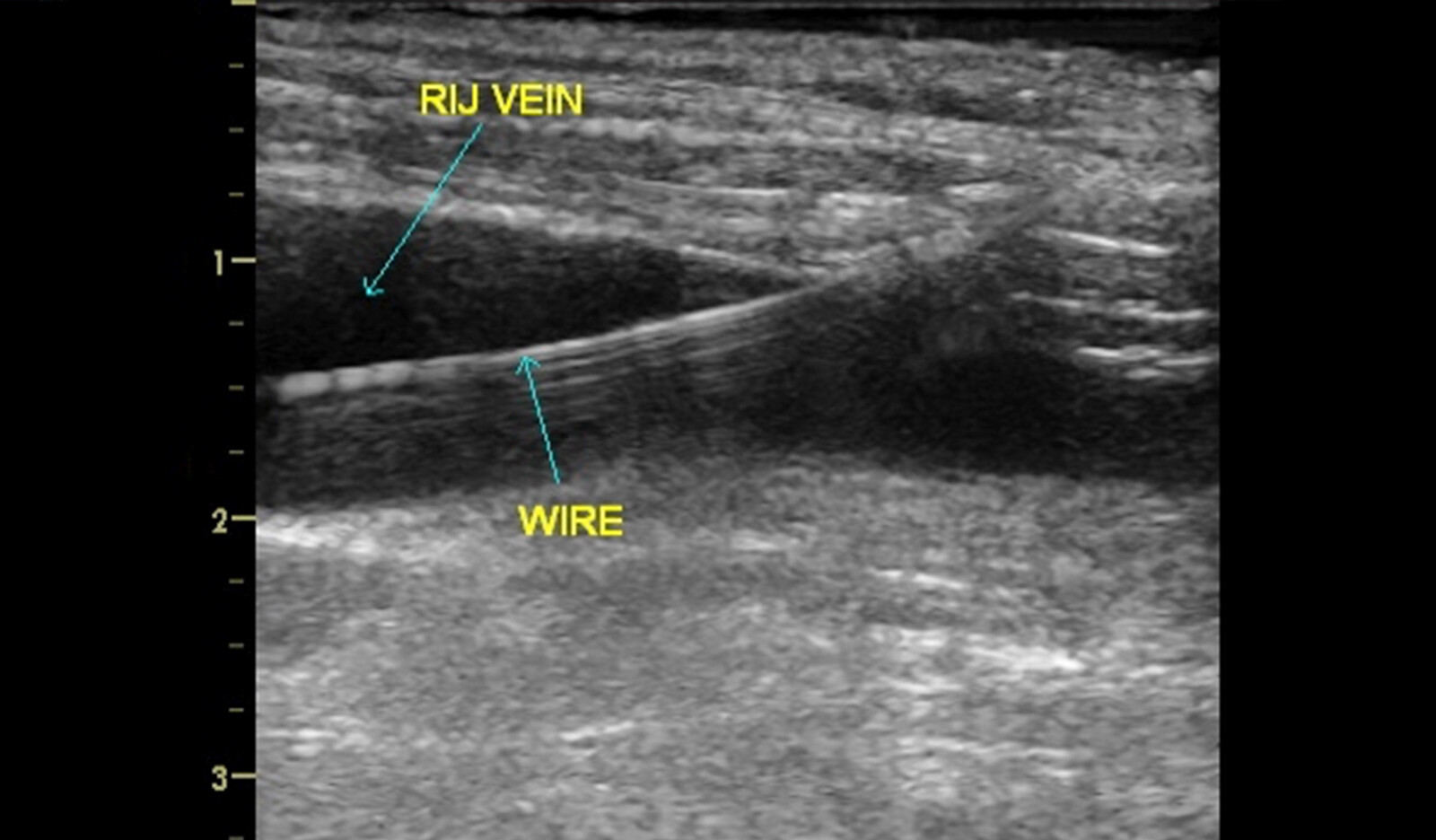 Compared with the traditional anatomic landmark technique, ultrasound guided IJV cannulation improves patient outcomes by increasing success rates and reducing complications. 2-dimensional (2D) ultrasound-guided techniques include puncturing the IJV in either the short-axis view (SAX) or long-axis (LAX) view. Both techniques have advantages and disadvantages; while the SAX view is easy to perform, tracking the entire needle length is difﬁcult. Though the LAX view may overcome this drawback of the SAX view, the surrounding structures of the vein cannot be seen while the vein is punctured.

The biplane imaging technology in the 3D ultrasound transducer may overcome the spatial limitations of single-plane imaging by providing simultaneous real-time SAX and LAX views on the same screen without altering the transducer position.

The purpose of this study was to compare the efﬁcacy and feasibility of the real-time, 3D ultrasound probe guided BPX view with the universally followed SAX view for IJV cannulation. The primary objectives of the study were to compare the BPX view with the SAX view in terms of time required for imaging, time for IJV puncture, time for guidewire conﬁrmation, number of needle punctures and needle redirections, and incidence of IJV posterior wall puncture. The secondary objectives of the study were to assess the quality of needle visualization during the IJV puncture and the incidence of complications.

This was a prospective, observational study of 100 adult patients ages 18-to-70 years, who were scheduled to undergo elective cardiac surgery. The patients were divided into two groups (BPX group and SAX group) of 50 patients each.

In the operating room, general anesthesia was induced, and the patients were positioned in a head down position (20-30 degrees) with the head slightly rotated (30-40 degrees) to the opposite side of cannulation. Aseptic preparation of the neck and chest wall was performed using chlorhexidine solution and sterile drapes.

Imaging of the IJV was performed with a 3D phased-array transducer and frequency setting in resolution mode. The ultrasound probe was covered with a sterile plastic sheath before the IJV was imaged. Conﬁrmation of the artery and vein was done by using color and spectral Doppler. Using real-time ultrasound guidance, the IJV was punctured with the needle, and the guidewire was inserted. After conﬁrming guidewire position within the vein using 2D ultrasound, the central venous catheter was placed in the IJV using the Seldinger technique. If the IJV could not be cannulated in 3 attempts, the procedure was abandoned and considered to be a failure, and the opposite side IJV or subclavian vein was cannulated.

The SAX image of the IJV was obtained by placing the transducer in transverse alignment on the prepared patient’s neck at the level of the cricoid cartilage. The entry of the needle into the vein was conﬁrmed by visualizing the indentation of the anterior wall of the vein, followed by observing dark colored blood in the syringe and by visualizing the tip of the needle inside the vein.

Imaging in the BPX Group

The authors concluded that IJV cannulation with biplane imaging allowed for better clinical performance in terms of less procedure time and fewer cannulation attempts than did SAX imaging in patients undergoing cardiac surgery, without signiﬁcant difference in the incidence of complications between the 2 groups.

The authors suggested that that biplane imaging can be a safer, feasible and more reliable method for IJV cannulation in cardiac surgical patients.