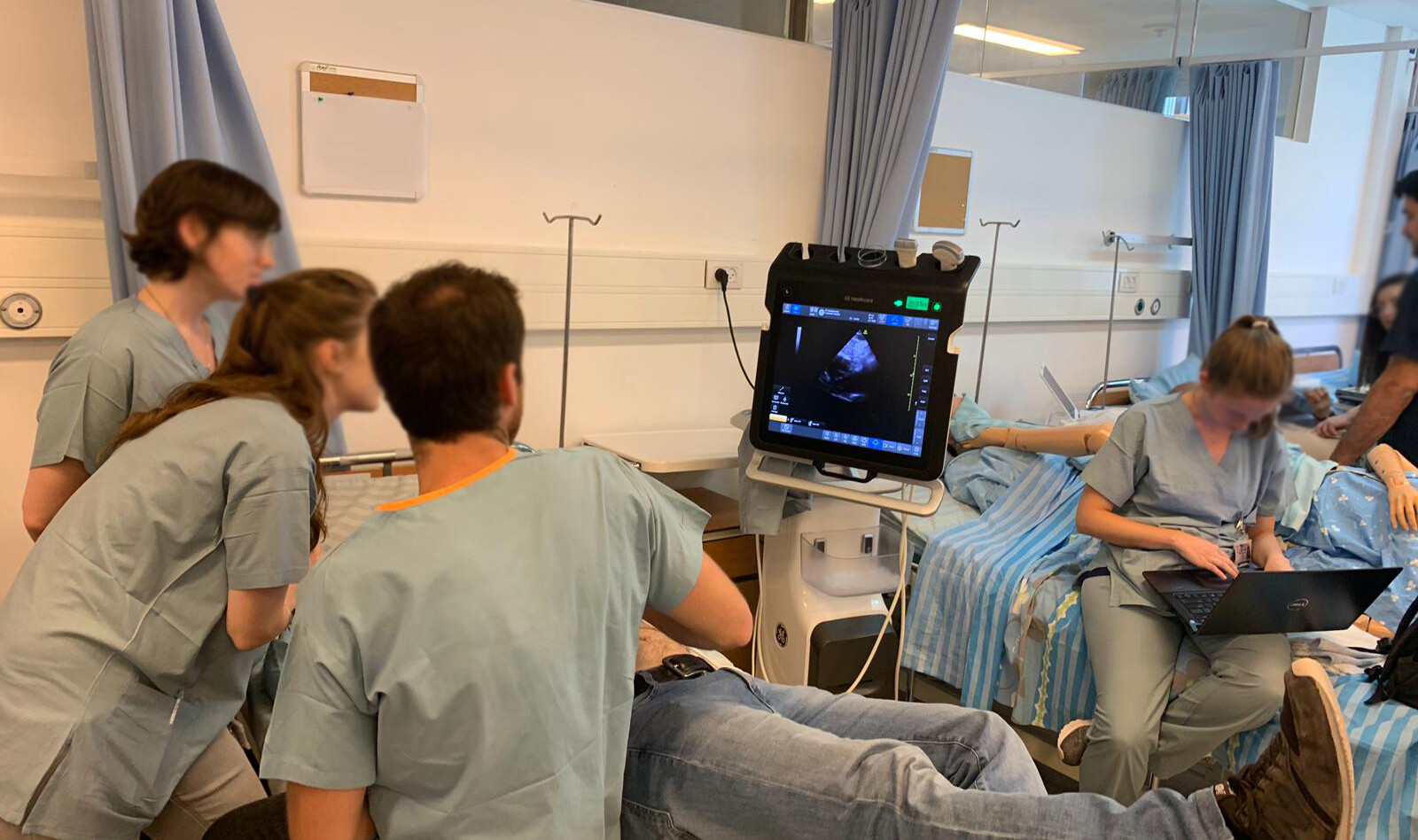 Lung ultrasound (LUS) is an effective tool to evaluate patients with dyspnea in the emergency department (ED). While a systematic review of LUS training recommended a three-step approach of teaching theoretical knowledge, followed by hands-on sessions (on simulators or healthy subjects) and then supervised scanning of patients to determine when learners are ready for independent scanning, there is no standardized recommendation on the amount of training required or the number of examinations needed to achieve proficiency in LUS. In addition, there is lack of evidence regarding the amount of training and the number of LUS examinations needed to attain proficiency for evaluating the undifferentiated dyspneic patient presenting to the ED, which is of particular importance in a resource-limited setting where radiographs are harder to obtain.

Therefore, the objective of this study was to determine the threshold number of LUS examinations physicians need to perform to achieve proficiency for interpreting LUS in ED patients with dyspnea.

This was a prospective study evaluating LUS training and proficiency of physicians performing lung ultrasound in the Emergency Department.

Eight hours of training was provided for ED physicians that consented for participation in the study. The first four hours consisted of a 1-h didactic session on LUS followed by hands-on practice with a human model. This was then followed by four hours of one-on-one proctored scanning in the ED performing LUS on dyspneic patients to ensure learners were comfortable with acquiring images, saving images for submission, and interpreting images according to the BLUE protocol.

Following the training, each physician performed scans independently, recorded images in all zones labeled by location, and reported findings in each zone, including an overall interpretation based on the BLUE protocol.

Nineteen physicians completed the study; 84% were medical officers who had less than 1-year clinical experience following medical school. Most had never used an ultrasound machine or had used the ultrasound less than ten times.

A total of 330 lung examinations were performed with 3288 lung zones included in analysis. Physicians submitted an average of 17 complete lung ultrasound scans. Several examinations were missing posterior lung views due to patient’s clinical status and inability to sit up or roll over. One hundred and sixteen (35%) lung examinations were normal and 214 (65%) had abnormalities. The most common diagnosis for dyspnea in this ED population was pneumonia, one of the most common causes of morbidity and mortality in resource limited settings.

The authors suggest that this was the first study to evaluate the number of LUS scans needed to attain proficiency for acquiring and interpreting images on undifferentiated dyspneic ED patients in a resource-limited setting.

They found that after 8 hours of didactic and hands-on training, the majority of physicians novice to lung ultrasound achieved proficiency with interpretation of lung ultrasound after less than five ultrasound examinations performed independently.

They suggest that this study helps understand LUS proficiency and may be used to help guide future benchmark recommendations.