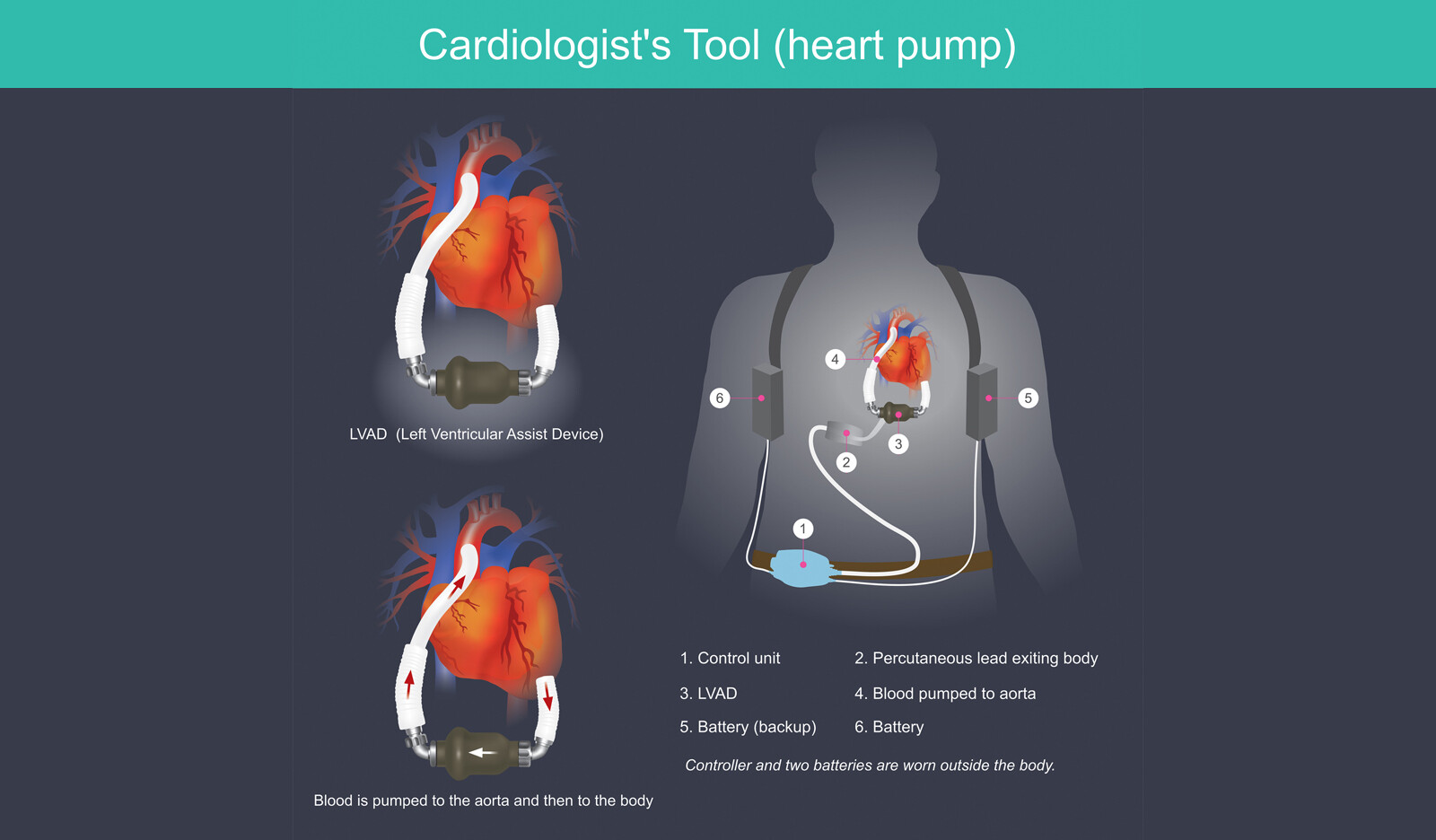 Exertional symptoms are likely to occur when increased oxygen demand during modest work is not met by appropriate augmentation of muscle perfusion. Interventions to improve skeletal muscle perfusion and metabolism, such as exercise training, can alleviate symptoms and improve peak VO 2 in patients with HFrEF. It is unknown, however, if improvements in peripheral skeletal muscle perfusion contribute to improved functional status in patients undergoing advanced therapies that augment cardiac output, including LV assist device (LVAD) implantation.

The aim of this study was to apply quantitative contrast-enhanced ultrasound (CEUS) perfusion imaging to evaluate skeletal muscle perfusion during low-intensity work before and early after LVAD placement. This was done to test whether there is a link between improvement in functional status and exercise muscle perfusion.

Subjects between 18 and 75 years of age with chronic stage D HFrEF and LV ejection fraction ≤35% who were referred for LVAD implantation for refractory symptoms were enrolled in this study.

Comprehensive transthoracic echocardiography and CEUS perfusion imaging of the calf muscle at rest and during contractile exercise were performed within 2 weeks before permanent LVAD placement. These procedures were repeated 3 months after LVAD.

CEUS perfusion imaging was performed with a phased-array transducer using multipulse contrast-speciﬁc power modulation imaging at 1.8 MHz and a mechanical index of 1.0. Compression was set to 50, and the acoustic focus was adjusted to the midportion of the combined gastrocnemius and soleus muscles imaged in the short-axis plane.

The authors then describe in detail the CEUS study and the technical settings.

Echocardiographic data were extracted from clinically indicated studies if performed within 2 weeks of the CEUS perfusion imaging studies and if there were no major interventions in the intervening period.

22 subjects enrolled in the study and underwent LVAD placement with either a HeartMate II (n = 16), or a HeartWare (n = 6). The study population was nearly evenly balanced between nonischemic and ischemic etiologies of HFrEF. Most subjects had NYHA functional class IV heart failure symptoms at the time of baseline study before LVAD placement, and 41% were on intravenous inotropes.

Calf skeletal muscle perfusion by CEUS could be successfully performed in all eligible subjects. All subjects were able to complete low-intensity periodic (0.2 Hz) plantar ﬂexion exercise during CEUS.

Under resting conditions, muscle MBF and microvascular ﬂux rate were similar between groups at baseline and after LVAD implantation. The NYHA functional class III or IV group had a modest but signiﬁcant increase in resting MBVi after LVAD placement. During contractile exercise, muscle MBF, microvascular ﬂux rate, and MBVi were similar between groups at the baseline pre-LVAD study.

No signiﬁcant correlation was found between exercise MBF on the post-LVAD study and either LVAD speed, E/e’ ratio on echocardiography, RV function by free wall strain, RV function by tricuspid annular plane systolic excursion, or age. Exercise MBF was also independent of the type of LVAD device implanted.

The only clinical feature that showed a trend toward having an inﬂuence on muscle perfusion was a history of diabetes mellitus.

Subjects were followed for a median of 5.7 years. Kaplan-Meier survival curves showed trends toward higher survival in those with higher post-LVAD muscle MBF during exercise and higher percentage increase in muscle exercise MBF from baseline to LVAD placement.

The authors concluded that exercise-mediated skeletal muscle blood ﬂow is reduced in patients with severe HFrEF and improved soon after placement of a permanent LVAD in the subgroup of patients who have substantial improvement in function class.

The authors added that impairment in muscle perfusion during exercise in those with HFrEF occured from both impaired microvascular ﬂux rate and a near inability to recruit microvascular units.

They finalize the paper by commenting that post-LVAD improvements in perfusion were attributable almost entirely to improvement in ﬂux rate, implicating a wide variety of vasoactive substances that control resistance arteriolar tone and are known to be abnormal in patients with HFrEF.