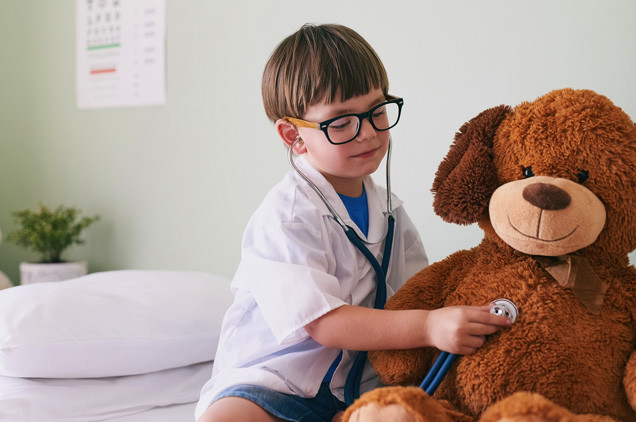 In both normal adults and pediatric populations, trivial or mild valvular regurgitation (VR) is a common ﬁnding. However, in a specific individual, such finding may raise the concern whether this is a physiologic or pathologic finding. In geographical areas where rheumatic heart disease is prevalent, this has been an area of particular concern, since new-onset valvular insufﬁciency creates concern for incident rheumatic disease.

The authors hypothesized that in normal children, serial echocardiographic assessment would demonstrate temporal changes in the presence and severity of VR in the absence of other evidence of altered valvular structure or function. They setup this study to evaluate the variation in VR in a population of healthy children without heart disease.

This was a single-center retrospective analysis. After screening eligible subjects, the authors identified 200 children with a family history of cardiomyopathy who had serial screening echocardiograms performed for surveillance. The authors excluded potential subjects who were known to carry a pathogenic or likely pathogenic mutation, and those with clinical or preclinical of hypertrophic cardiomyopathy.

When regurgitant severity was included in the analysis, a between-exam change in presence or magnitude of regurgitation was seen for the tricuspid and pulmonary valves in 50.0% and 52.5% of subjects, respectively. A change in presence or severity of mitral or aortic regurgitation was seen in 15.0% and 2.5%, respectively. For each of the valves, the proportions of patients with improvement and deterioration over time were similar. There was no signiﬁcant difference in the percentage of patients with improvement versus deterioration for any of the valves. Among patients with at least one measurable regurgitant jet on the two echocardiograms, the change between exams for each valve was centered around zero.

These findings may suggest that isolated trivial or mild atrioventricular valve regurgitation is not reliable evidence of new-onset valve pathology and is not an indication for longitudinal evaluation of this ﬁnding.