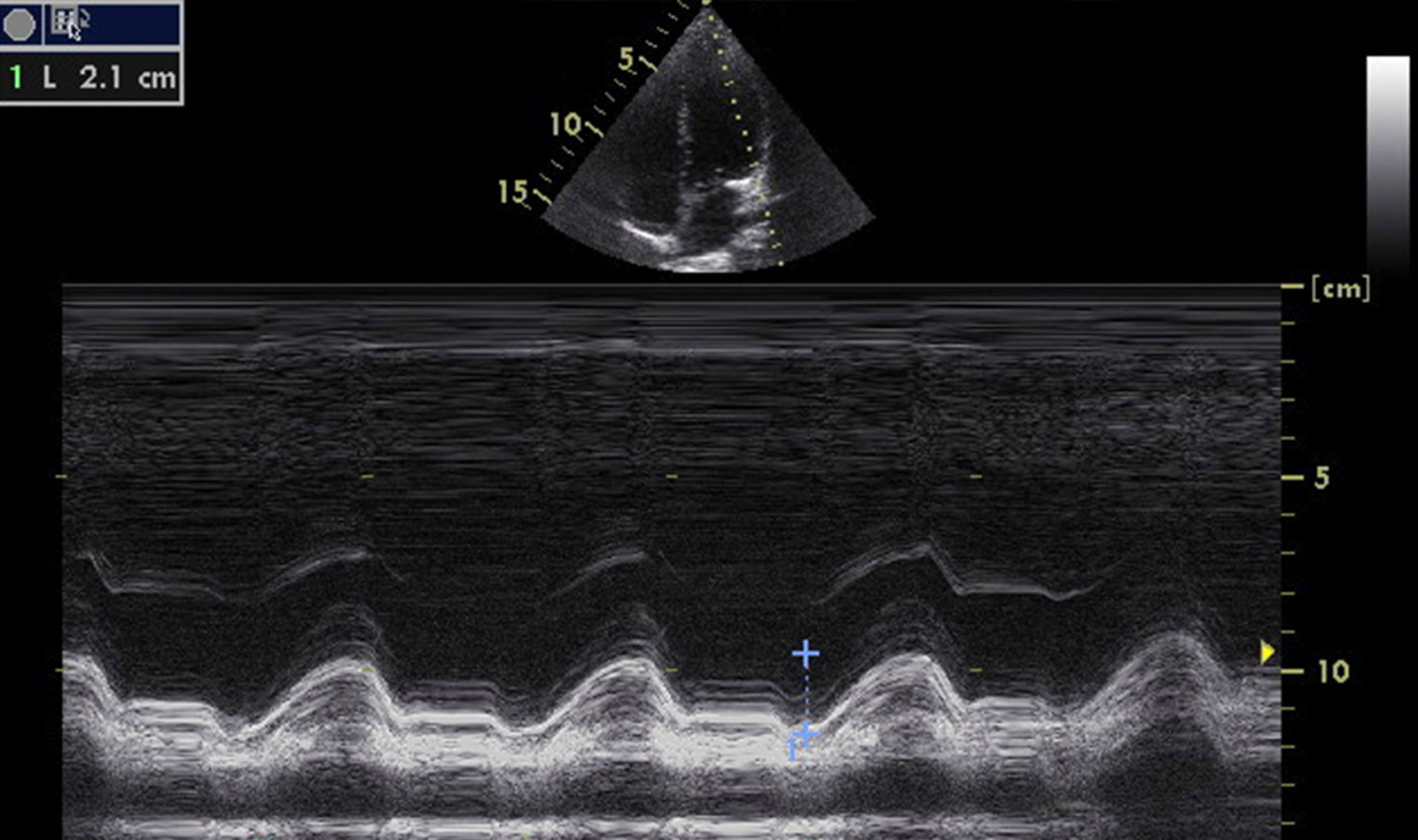 Respiratory failure is one of the major causes of death in hospitalized patients with COVID-19. Right ventricular (RV) dilation and reduced RV longitudinal strain have been shown to be markers of poor outcome in this disease. It is known that COVID-19 can cause direct myocardial injury resulting in left ventricular (LV) systolic dysfunction and heart failure. Therefore, assessment of LV function might have prognostic value. Since reduction of longitudinal systolic function assessed by mitral annular plane systolic excursion (MAPSE) is an early indicator of myocardial disease in various cardiac disorders, this retrospective study was designed to investigate the prognostic value of MAPSE in patients admitted with respiratory failure related to COVID-19.

Of the 168 patients who were admitted to a single-center ICU with severe COVID-19 infection with p/F ration smaller than 300 mmHg, 68 patients who underwent transthoracic echocardiography on the basis of clinical indications were included in the study.

Transthoracic echocardiography (TTE) was performed a median of 1 day after hospital admission and aixty-six patients (97%) required mechanical ventilation during hospitalization. Fifty-two of these (79%) were on ventilators at the time of echocardiography. Twenty-two patients (32%) died during hospitalization.
Measurements were performed per American Society of Echocardiography guidelines. LV ejection fraction was measured using the biplane Simpson method. MAPSE was calculated as the average of septal and lateral mitral annular excursion measured in the apical four-chamber view.

Patients who died had signiﬁcantly increased right atrial (RA) indexed volume (P = .010) and lower MAPSE (P = .006). There were trends toward lower LV ejection fraction and tricuspid annular plane systolic excursion in those who died.
Indices independently associated with mortality were shock requiring vasopressors (hazard ratio 9.2), MAPSE (hazard ratio, 1.6) and RA indexed volume (hazard ratio, 1.1). MAPSE yielded an area under the curve of 0.72, with an optimal threshold of 1.0 cm by receiver operating characteristic curve analysis. The area under the curve for RA indexed volume was 0.61, with an optimal cutoff valve of 22.6 cm3. When used in combination, RA indexed volume and MAPSE enabled the identiﬁcation of high and lower risk groups. Mortality was 77% in the presence of either reduced MAPSE (<1.0 cm) or increased RA volume index (>22.6 cm3). Survival was 84% in those who had both preserved MAPSE and no signiﬁcant RA enlargement.

Although there was a trend toward lower ejection fraction in those who died, MAPSE has been shown to be the only left heart parameter independently associated with increased mortality. This suggests that MAPSE may enhance the early assessment of LV myocardial injury in patients with severe COVID-19. MAPSE is a validated measure of LV longitudinal function that likely correlates reasonably with longitudinal strain.
Therefore, in critically ill patients in whom image quality is insufﬁcient for accurate assessment of longitudinal strain, MAPSE may be a reasonable alternative. In addition to this finding, RA enlargement was independently associated with mortality. In the setting of respiratory failure from COVID-19, RA enlargement may result from the combined effect of increasing pulmonary pressures, RV systolic dysfunction, positive pressure ventilation, and ﬂuid resuscitation. It is therefore not surprising that the development of RA enlargement early in the hospital stay is a marker of later mortality.

The authors concluded that the assessment of longitudinal systolic function of the left heart using MAPSE in addition to evaluation of the right heart may provide accurate information for risk stratiﬁcation of patients with severe COVID-19 early in the hospital course.