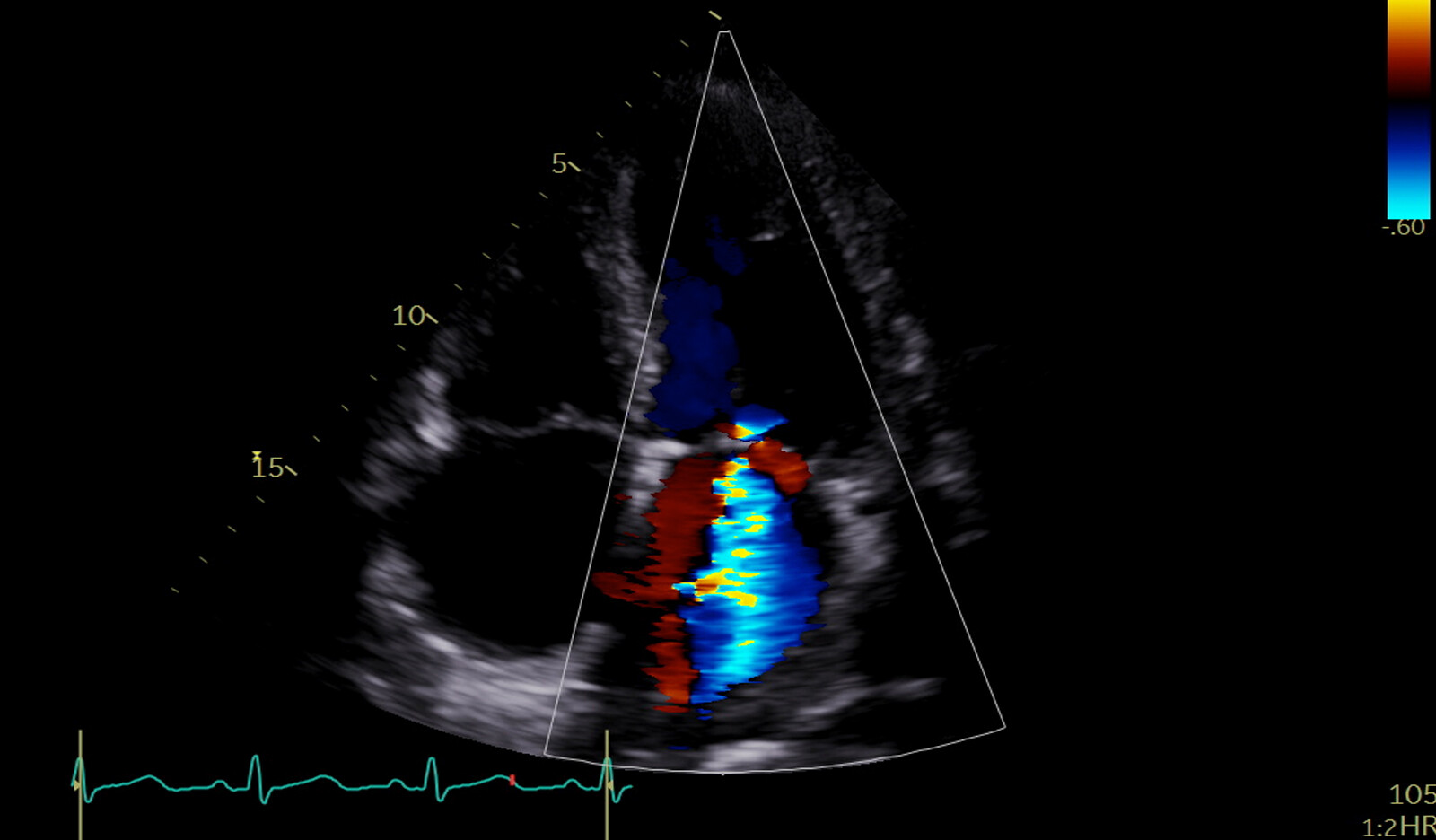 Assessment of primary mitral regurgitation (MR) severity is of paramount importance for clinical decision-making to determine the optimal timing of surgical intervention in these patients. Current guidelines recommend determination of mitral regurgitant volume (RVol) as part of the thorough assessment of the severity of MR.

However, signiﬁcant discrepancies have been observed between PISA RVol and CMR-RVol in primary MR patients. PISA seems to overestimate RVol compared with the CMR volumetric method.

Therefore, the goal of this study was to:

This prospective study was conducted among patients referred to two heart valve centers for evaluation of primary MR.

MR severity was graded according to an integrative multiparametric approach. The vena contracta (VC) width was obtained in a magniﬁed view of the parasternal long-axis or apical three chamber view in which the proximal jet size was the largest. The VC width was then measured as the narrowest portion of the mitral regurgitant jet. The PISA radius was measured in midsystole, on either the apical or parasternal view, as appropriate, with the lower Nyquist limit set to aliasing velocity between 30 and 40 cm/sec and magniﬁed in the area of ﬂow convergence. The peak MR jet velocity and velocity-time integral were determined using continuous-wave Doppler across the mitral valve.

The MR effective regurgitant oriﬁce area (MR-EROA) was calculated using the PISA radius, peak MR velocity, and aliasing velocity. The PISA geometric convergence angle (a°) was determined to be the minimum angle between two sides of the proximal ﬂow convergence ﬁeld. Based on the observed a°, an angle-corrected PISA-RVol was calculated for all patients as follows: PISA-RVol_angle = PISARVol x (a°/180°).

The authors presented further analysis – they performed linear regression analyses to identify characteristics associated with the magnitude of the difference between RVol assessed by PISA versus either CMR or TTE volumetric methods (∆[PISA-CMR]RVol and ∆[PISA-TTE]RVol, respectively).

The author concluded that in this study, that was based on a ‘‘real-world’’ cohort of patients with chronic signiﬁcant primary MR due to valve prolapse, showed that mitral RVol values estimated by TTE and CMR are not directly comparable.

They further commented that the expected proportional relationship between RVol obtained using volumetric methods and LV size, which was unexpectedly not observed with RVol-PISA, suggests that PISA-RVol would be inaccurate.