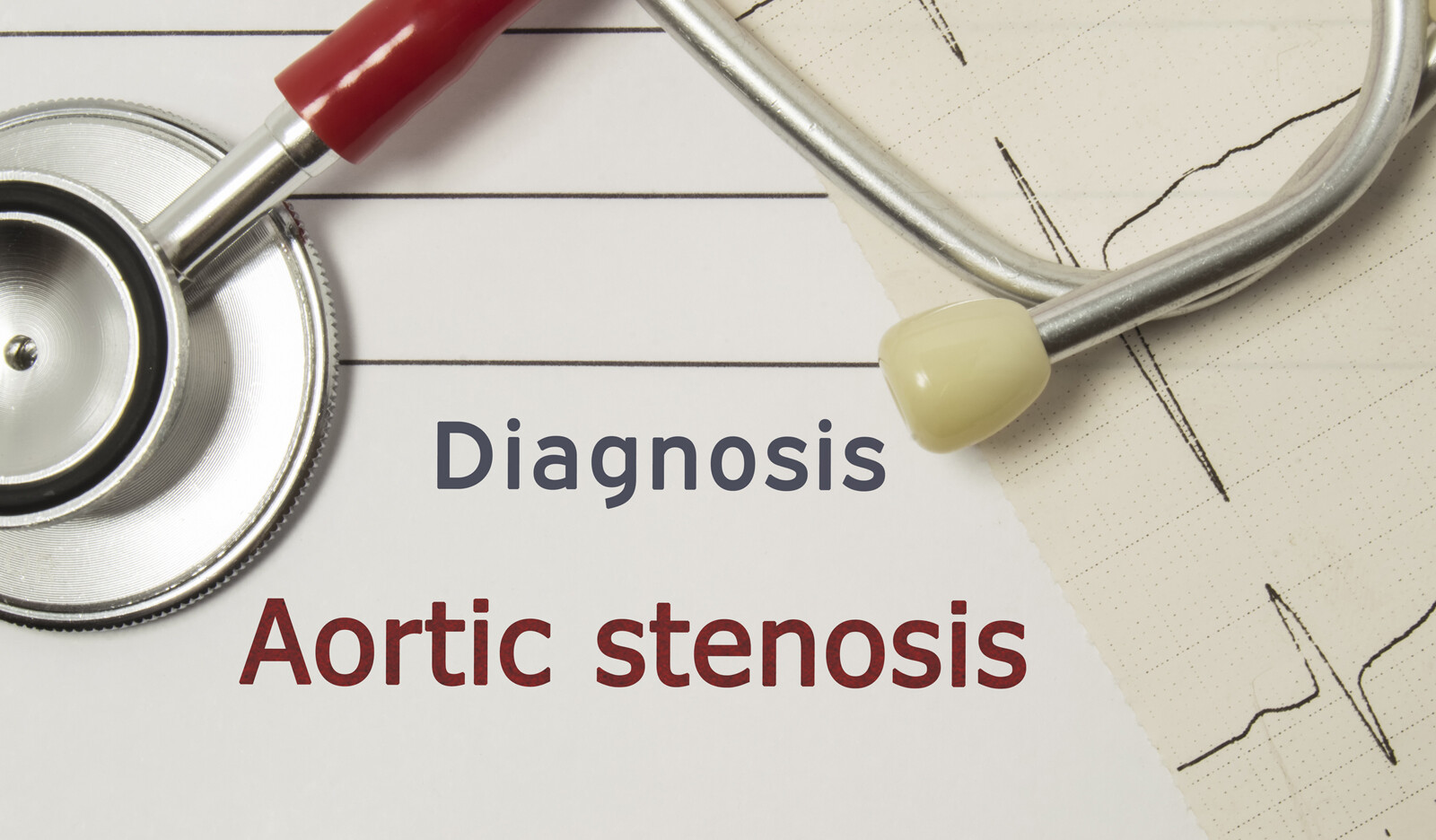 Recent data shows poor long-term survival in patients with moderate aortic stenosis, challenging traditional definitions of AS severity and timing of intervention in these patients. The presence of moderate AS in patients with reduced left ventricular ejection fraction (LVEF; <50%) seems to be associated with a marked incremental risk of mortality. In addition, previous studies have demonstrated that a decline in LVEF already begins before AS becomes severe.

The LV remodeling response to AS pressure overload may indeed lead to the development of myocardial ﬁbrosis (even when LVEF is still preserved), causing a progressive deterioration in LV diastolic function and eventually LV systolic performance, which are both associated with poor outcomes.

Therefore, there is a need to identify echocardiographic parameters beyond LVEF to accurately detect the consequences of AS-related pressure overload on the LV myocardium. LV global longitudinal strain (GLS) permits quantiﬁcation of active myocardial deformation in the longitudinal direction, which is a more robust marker of LV performance than LVEF.

Therefore, the goal of this study was to evaluate the prognostic value of LV GLS in patients with moderate AS.

Patients >18 years of age who presented with a ﬁrst echocardiographic diagnosis of moderate AS were retrospectively identiﬁed. Moderate AS was deﬁned as an aortic valve area (AVA) between 1.0 and 1.5 cm2 with a peak aortic jet velocity < 4 m/sec and mean valve gradient < 40 mm Hg.

The deﬁnition of moderate AS based on AVA was used to avoid the inclusion of patients with severe low-ﬂow, low-gradient AS.

Patients were stratiﬁed into three groups according to LVEF and LV GLS (reported as absolute values):

The LV GLS value of 16% was identiﬁed as the optimal cutoff value, based on spline curve analysis (i.e., where the predicted hazard ratio [HR] for all-cause mortality was > 1).

All echocardiographic examinations were performed by experienced echocardiographers using commercially available ultrasound systems. In the parasternal long-axis view, LV dimensions were assessed, and LV mass was calculated using the Devereux formula and indexed to body surface area. LV end-diastolic and end-systolic volumes were measured in the apical two-chamber and four-chamber views and indexed to body surface area.

LVEF was calculated according to the Simpson biplane method. Left atrial volumes were measured using the biplane method of disks and indexed to body surface area. From the apical three- or ﬁve-chamber views, continuous-wave Doppler recordings were obtained to estimate peak aortic jet velocity. Mean and peak transvalvular pressure gradients were calculated using the Bernoulli equation.

AVA was calculated using the LV outﬂow tract diameter and velocity-time integrals of the aortic valve and LV outﬂow tract and indexed to body surface area. The severity of tricuspid regurgitation was graded using a multiparametric approach, as recommended in current guidelines. Pulsed-wave Doppler recordings of transmitral ﬂow were used to obtain peak early (E) and late (A) diastolic velocities. Using Doppler tissue imaging of the mitral annulus on the apical four-chamber view, e 0 was measured at both the lateral and septal sides and averaged to calculate the E/e’ ratio. Right ventricular systolic pressure was calculated from the peak velocity of the tricuspid regurgitant jet according to the Bernoulli equation, adding right atrial pressure determined by the inspiratory collapse and diameter of the inferior vena cava.

For the evaluation of right ventricular systolic function, anatomical M-mode imaging was applied on the focused apical four-chamber view of the right ventricle to measure tricuspid annular plane systolic excursion.

LV strain imaging analysis was performed using the speckle tracking method from stored transthoracic echocardiographic images using EchoPAC. LV speckle-tracking analysis was performed from the apical views (two, three, and four chamber) at a frame rate > 40 frames/sec. The region of interest was automatically created and manually adjusted to the myocardial thickness were necessary. LV GLS was then calculated by averaging the peak longitudinal strain values of the 17 segments, excluding segments that could not be traced correctly.

The values of LV GLS are reported as absolute (i.e., positive) values.

A total of 760 patients met the inclusion criteria and had adequate echocardiographic image quality for strain analysis. The mean age was 71 6 12 years, and 61% were men. More than half of the patients had arterial hypertension (71%) and dyslipidemia (61%), while diabetes mellitus was observed in almost one fourth of the patients (24%). 314 patients (42%) had history of coronary artery disease and 154 (21%) had previous myocardial infarctions.

Patients were divided into three groups:

A cutoff value of 16% for LV GLS to divide the patients with LVEF > 50% into two groups was derived from a spline curve analysis (i.e., in which the predicted HR for all-cause mortality was > 1).

Prognostic Impact of LV GLS in Moderate AS

The authors concluded that in patients with moderate AS, LV GLS is associated with an increased risk for all-cause mortality.

The authors commented that assessment of LV GLS may provide further risk stratiﬁcation of patients with moderate AS and identify patients who would beneﬁt from closer follow-up.

Lastly, the authors stated that it is not clear whether AVR could improve survival in patients with moderate AS and impaired LV GLS, and this should be evaluated in prospective studies.