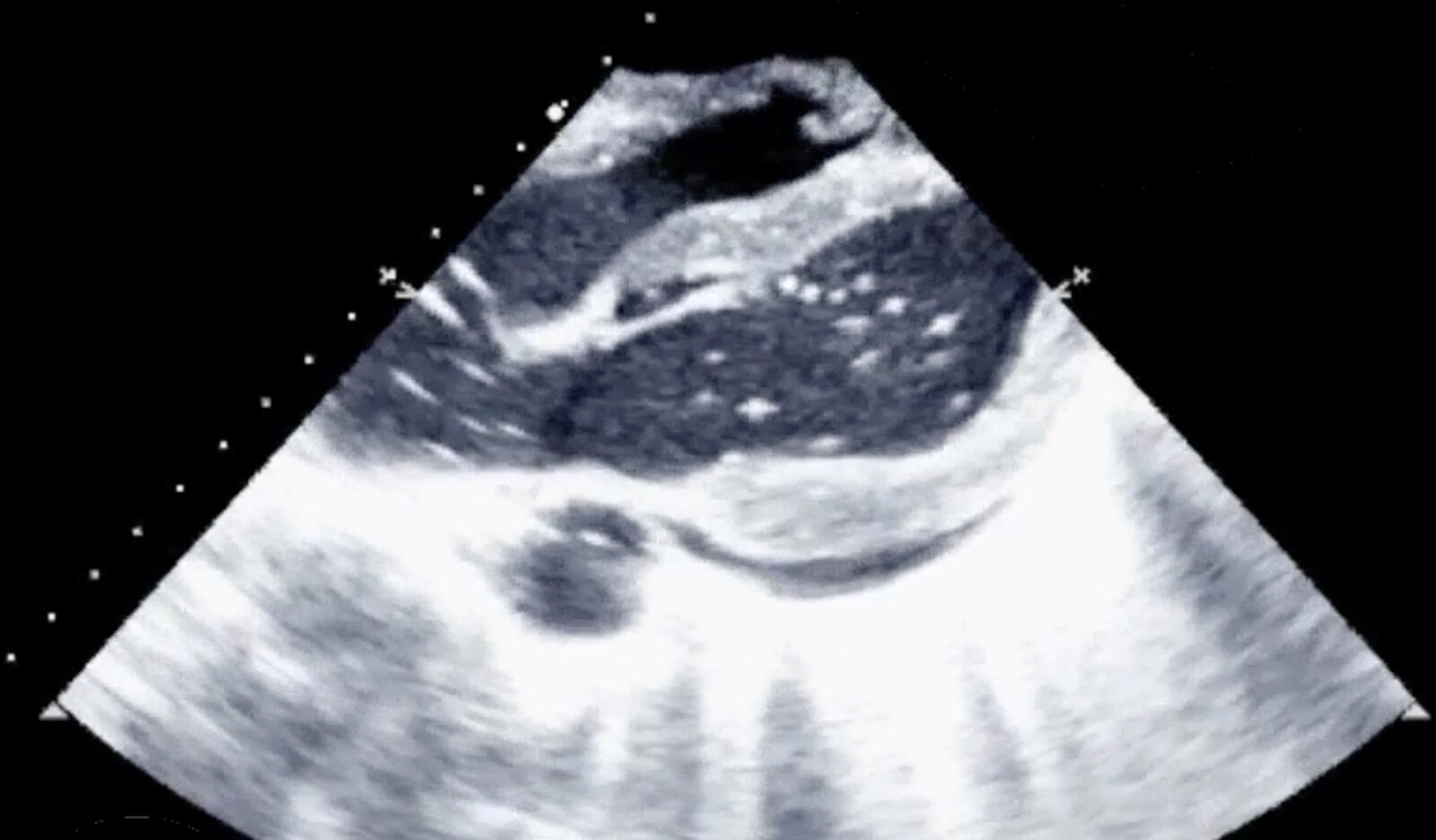 Venous air embolism is uncommon and may cause systemic effects and may lead to significant morbidity and mortality (depending on the amount of embolized volume). This complication can occur during or after invasive and surgical procedures, during the administration of pressurized infusions or central venous catheter manipulation.

To generate venous air emboli, there must be a venous pressure gradient that favors air migration through a catheter; this situation is typically established in circumstances in which the central venous pressure (CVP) is lower than the atmospheric pressure like in deep inspiration, hypovolemia and assumption of a semi-upright or sitting posture.

Low volumes air emboli may lead to a variety of signs and symptoms ranging from dyspnea, wheezing, and coughing to chest pain in awake patients. Higher volume (5 ml/kg) may lead to air-lock situation leading to right heart failure and usually this is followed by cardiac arrest.

A 54-years old male was admitted to the ICU due to severe ARDS secondary to SARS COV-2 infection. Management included placement of central venous catheter (CVC). The patient was weaned successfully and extubated without any complications on ICU Day 6. Shortly thereafter the patient suffered clinical deterioration with hypotension (90/40 mmHg), decrease of the oxygen saturation up to 80% with tachycardia and tachypnea requiring respiratory support with a face mask connected to the mechanical ventilator and vasopressors.

An emergency focused transthoracic ultrasound echocardiography (FATE) was done and demonstrated impairment of the global systolic function with dilatation of the right ventricle and the presence of gas bubbles moving between right and left heart chambers.

Based on this ultrasonographic findings the suspected etiology of shock was venous gas embolism with global ventricular systolic dysfunction. Paradoxical embolism was considered based on the presence of bubbles in left chambers during FATE evaluation.

Six hours after the event with optimal perfusion markers and diminished sedation, the patient showed left hemiparesis studied with a cerebral CT scan that was showed no abnormalities. with the persistence of mild limitation in upper limb mobility the next day a cerebral magnetic resonance (MRI) was performed showing hyperintensity in the right precentral gyrus, leading to the diagnosis of ischemic stroke.

Transesophageal echocardiogram (TEE) with bubble contrast found a thinned interarticular septum with a patent foramen ovale of 0.6 cm. Percutaneous closure of septal defect was performed by intervention cardiology. Clinical evolution was successful with no neurological sequelae remaining and the patient was discharged a few days later.

The authors concluded that POCUS application as a diagnostic tool in the hemodynamically unstable patient is highly valuable in helping the clinician at the bedside in the diagnosis and decision-making process, helping to rule out other differential diagnoses and performing the specific treatment.