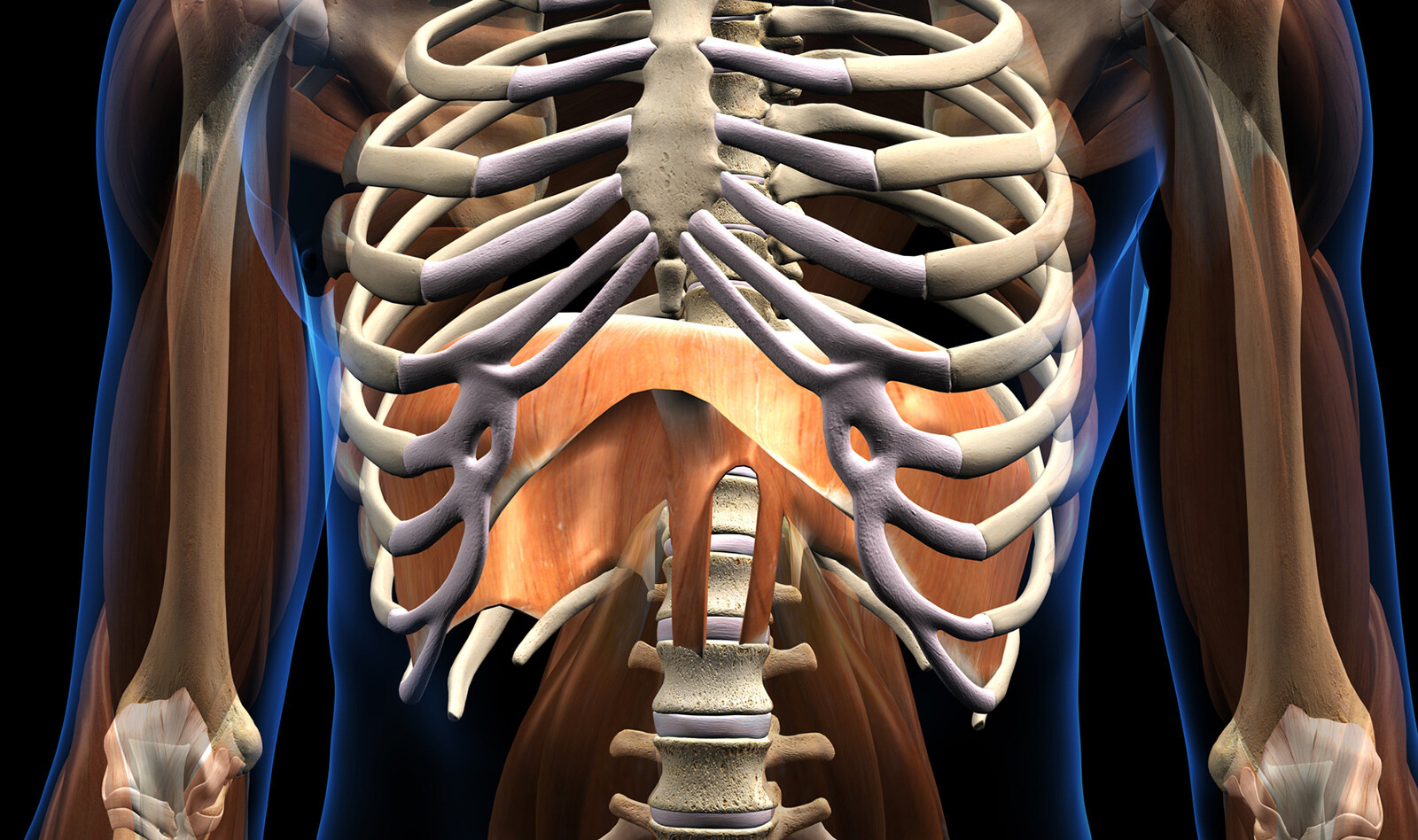 Assessment of Diaphragmatic Function by Ultrasonography: Current Approach and Perspectives

This article reports the various methods used to assess diaphragmatic function by ultrasonography.

This review reports the investigation methods, the criteria for normal and pathological diaphragmatic function and the perspectives of development in adult patients.

To record the diaphragmatic motion of the right hemidiaphragm, the probe is placed between the mid-clavicular and the mean axillary lines, below the right costal margin, and directed medially, cephalad and dorsally where the ultrasound beam reaches the posterior part of the vault of the right hemidiaphragm perpendicularly. For the left hemidiaphragmatic motion recording, the probe is placed subcostally or on the last coasts between the anterior and the posterior axillary lines, and M-mode is used to record the motion of the diaphragm.

Measurements can be performed during various respiratory maneuvers such as quiet breathing, sniffing and deep breathing to better assess the diaphragmatic function.

Excursions are physiologically larger in the supine position when compared with sitting or standing positions. During quiet breathing the excursions have been measured by most authors as between 10 mm and 25 mm bilaterally.

Sniffing leads to a sharp downstroke of the hemidiaphragm, with mean excursion measured around 3 cm on both sides. The diaphragmatic motion induced by the sniff maneuver can also be studied by tissue Doppler imaging (TDI). Using a cardiac probe, the TDI process is activated, and the sample volume is placed perpendicular to the diaphragmatic motion. It has been demonstrated that the TDI velocities were significantly related to sniff nasal pressure. In healthy volunteers, the median normal peak sniff TDI was estimated at 13 cm/s and 12 cm/s for the right and left hemidiaphragm, respectively.

Measurement of the diaphragm thickness

The measurement of diaphragm thickness and inspiratory thickening has also been proposed for assessing diaphragmatic function. The hemidiaphragms are visualized near their zone of attachment where the diaphragm abuts to the rib cage (zone of apposition), and the measurement of diaphragm thickness is performed using a high frequency linear probe (> 7 MHz). The probe should be placed below the costophrenic sinus near the anterior or the mid-axillary line at the eighth or ninth intercostal space. In this location, the distance between the skin and the diaphragm is small and estimated to be between 0.8 cm and 4.9 cm. The thickness of both hemidiaphragms can be measured directly from the frozen B-mode (2D) images. Normal diaphragm muscle thickness is measured at the end of a normal expiration [at functional residual capacity (FRC)]. Diaphragm thickness is greater in the standing when compared to supine positions and affected by gender and physical fitness. The authors present estimation of normal values.

Another study reported mean thickening from resting expiration to resting inspiration of 20% ± 15.5% on the right side and 23.5% ± 24.4% on the left side. There was an interesting finding in this study, where in 29% of healthy subjects, the percentage of thickening was lower than 10%.

When compared with the diagnosis of clinicians based on clinical and functional assessments, including pulmonary function testing, chest X-ray, fluoroscopy, phrenic nerve conduction study and diaphragm electromyography, diaphragm ultrasound has demonstrated high sensitivity (93%) and specificity (100%) for the detection of diaphragmatic dysfunction induced by neuromuscular disease.

The authors then describe these abnormal findings in hemidiaphragm paralysis, dysfunction, hypokinesis, and detection of diaphragmatic dysfunction in neuromuscular disease. The paper continues with discussion of ultrasound use for investigation of the diaphragm in patients with chronic respiratory disease such as COPD, trauma patients and critically ill patients.

The paper concludes with a discussion of newer technology – speckle tracking imaging – ultrasound technology that is based on the study of the displacement of the speckles i.e. the ultrasound signals reﬂected from microstructures in the tissue. The tracking of groups of speckles allows the measurement of the displacement and the deformation (the strain) of the organ studied. Therefore, two-dimensional speckle tracking imaging (STI) may be a promising tool for investigating diaphragmatic function in the future.

The authors conclude that ultrasound assessment of diaphragmatic function and dysfunction is well defined, and the combination of the study of diaphragmatic excursion and percentage of thickening allows hemidiaphragm paralysis to be diagnosed. They believe that in circumstances or diseases known to have a potential impact on the phrenic nerve or diaphragm muscle, ultrasound can offer a simple means of detecting diaphragmatic dysfunction. In this context, they suggest that repetitive examinations may be beneficial in assessing recovery or progressive impairment.