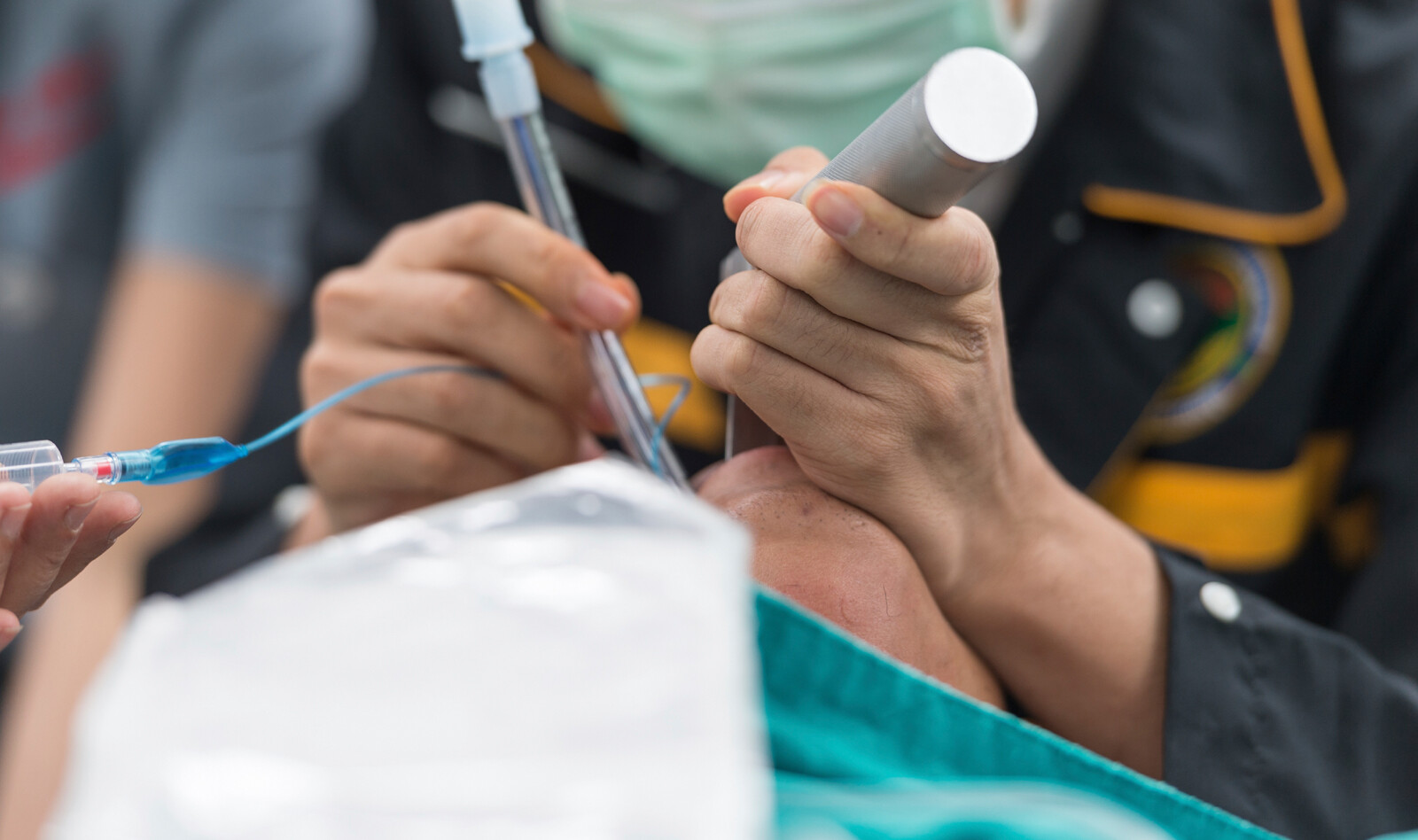 Endotracheal intubation is a lifesaving procedure that is routinely performed by clinicians.

While it is relatively straightforward to discriminate tracheal intubation from esophageal intubation, identifying correct location of the endotracheal tube (ETT) within the trachea remains challenging.

Endobronchial intubation is the most common malposition encountered, and it carries potential serious complications such as hypoxemia, atelectasis, hyperinflation, and barotrauma.

Auscultation has been the standard for determining ETT location and is recommended by institutions such as the American Heart Association, as well as major Anesthesiology and Perioperative Care textbooks. However, the use of auscultation to distinguish between tracheal and bronchial intubation has been shown to be unreliable, with a reported sensitivity of only 60 to 65%.

Point-of-care ultrasound has been used for the detection of esophageal versus tracheal intubations with a reported sensitivity/specificity of 100% for adult patients in the operating room and 100%/86%, respectively, in patients undergoing cardiopulmonary resuscitation.

One common sonographic sign of normal lung ventilation is a back and forth sliding of the parietal and visceral lung pleura, which is referred to as the lung sliding sign. Studies have shown the ability to use point-of-care ultrasound to verify bilateral ventilation by examining for lung sliding and a lung pulse, enabling to discriminate between esophageal and tracheal position to a high level of accuracy (89%).

This double-blinded randomized study was conducted to test the ability of the Pulmonary tree and Lung expansion Ultrasound Study (PLUS) to accurately discriminate between tracheal and bronchial intubation and determine appropriate location of the ETT.

The study was performed at University of California, Irvine. Inclusion criteria included 18 years or older, surgery requiring an ETT, and willingness for the primary anesthesia team and patient to participate. Exclusion criteria included Mallampati score more than or equal to 3, thyromental distance less than 6 cm, and neck circumference more than 40 cm or history of difficult airway, pregnancy, and significant lung pathology in which the primary anesthesiology care team believed that the subject would not tolerate no more than 5 min of single lung ventilation.

Data were collected on 47 subjects, but 5 subjects were excluded from the study (4 because ETT was repositioned before ultrasound examination and 1 patient who received a laryngeal mask airway instead of ETT at the discretion of the primary anesthesiologist for the case). The breakdown of groups was as follows: trachea = 15 subjects, right main stem bronchus = 18 subjects, and left main stem bronchus = 9 subjects.

The authors concluded that point-of-care ultrasound is a highly accurate tool to determine the appropriate ETT position.