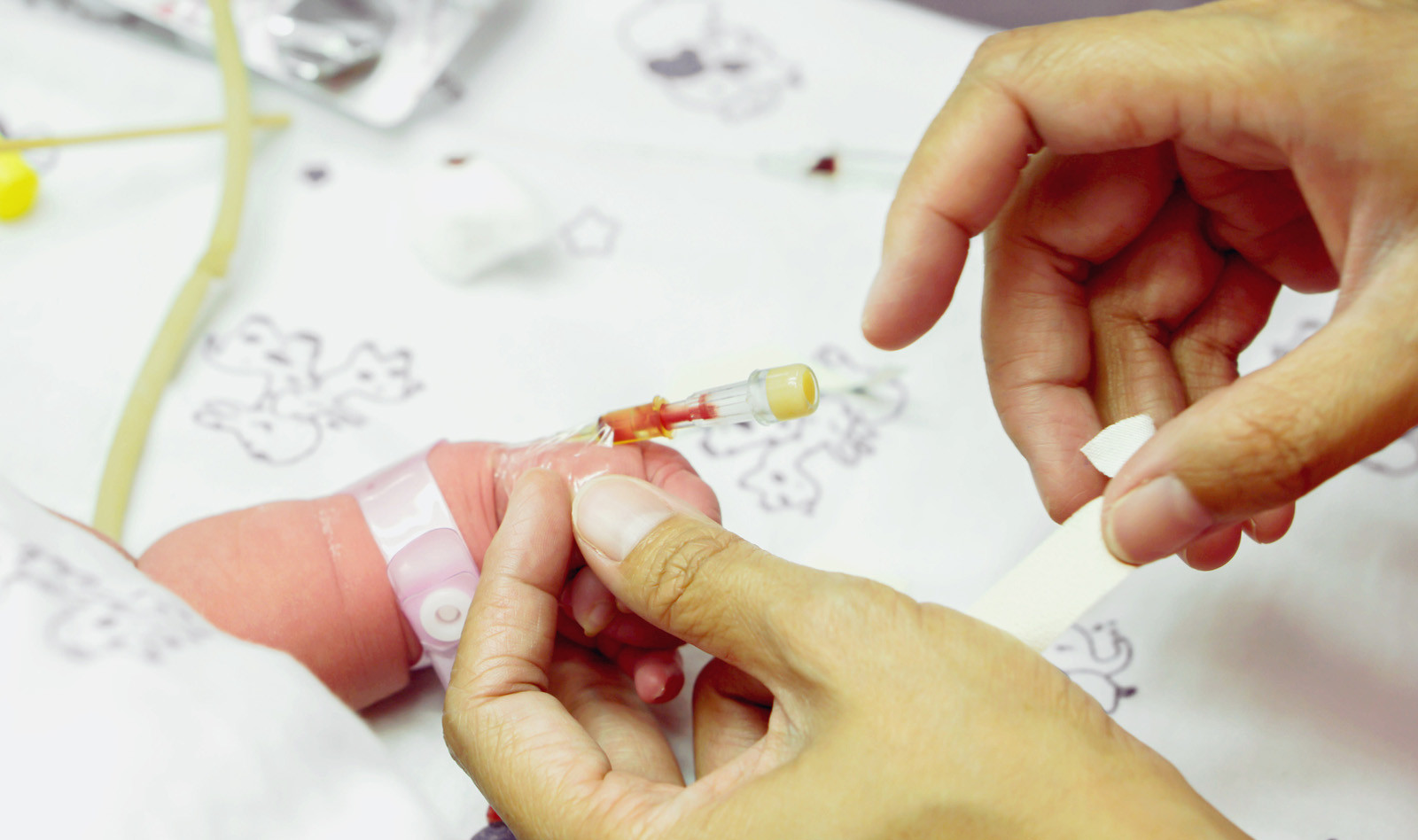 Peripheral vascular catheterization (PVC) is an essential skill for healthcare providers caring for patients in the perioperative, intensive, and emergency departments. In small children this procedure can be very challenging. In difficult cases, ultrasound-guidance PVC placement can be very useful.

Arteries in the upper extremities

The radial and ulnar arteries are the two major branches of the brachial artery and supply blood to the forearm and the hand. Ultrasound-guided radial arterial catheterization has been most studied, mostly because it has collateral circulation with the ulnar artery, has less anatomic variation, and has a low complications rate. Numerous studies have confirmed the utility of ultrasound guidance at this site in pediatric and adult patients.

Arteries in the lower extremities

Peripheral venous catheterization: Veins in the upper and lower extremities

The dorsum of the hands or feet are the most common peripheral intravenous access site, although these veins are often invisible and impalpable in pediatric patients, leading to 8–50% of catheterizations determined to be difficult venous access.

Since the vein diameter is an independent predictor of successful catheterization, the saphenous vein at the medial malleolus or the cephalic vein at the forearm is suggested to be the preferable site for ultrasound-guided PVC placement.

While veins at the cubital fossa are considered to have sufficient venous diameter and depth, they could be alternative access sites in cases of prior unsuccessful catheterization in other areas. Nonetheless, there appear to be no reports of ultrasound-guided catheterization of these veins and there is also a risk of inadvertent puncture of the brachial artery. Lastly, when the elbow is bent, the catheter may not work.

The major approaches for ultrasound guidance

While in adult population the SAX-OOP approach has been shown to have higher success rate than the LAX-IP approach, in pediatric patients there is controversy regarding which approach is superior for guidance of placement of peripheral venous catheters. Therefore, the operator should be familiar with the advantages and disadvantages of each approach.

Dynamic needle tip positioning (DNTP) has been derived from the “static” SAX-OOP approach, where the operator traces the needle tip by sweeping the probe akin to making a flip cartoon of the catheterization in the SAX-OOP approach.

The authors conclude the manuscript by describing the pitfalls, artifacts and providing diagrams that demonstrate the concepts describe in the paper.