Home Cardiac Ultrasound Clinical Investigations: Systematic Assessment of the Impact of Ultrasound-Enhancing Agents upon Measurements of Cardiac Size and Function by Echocardiography 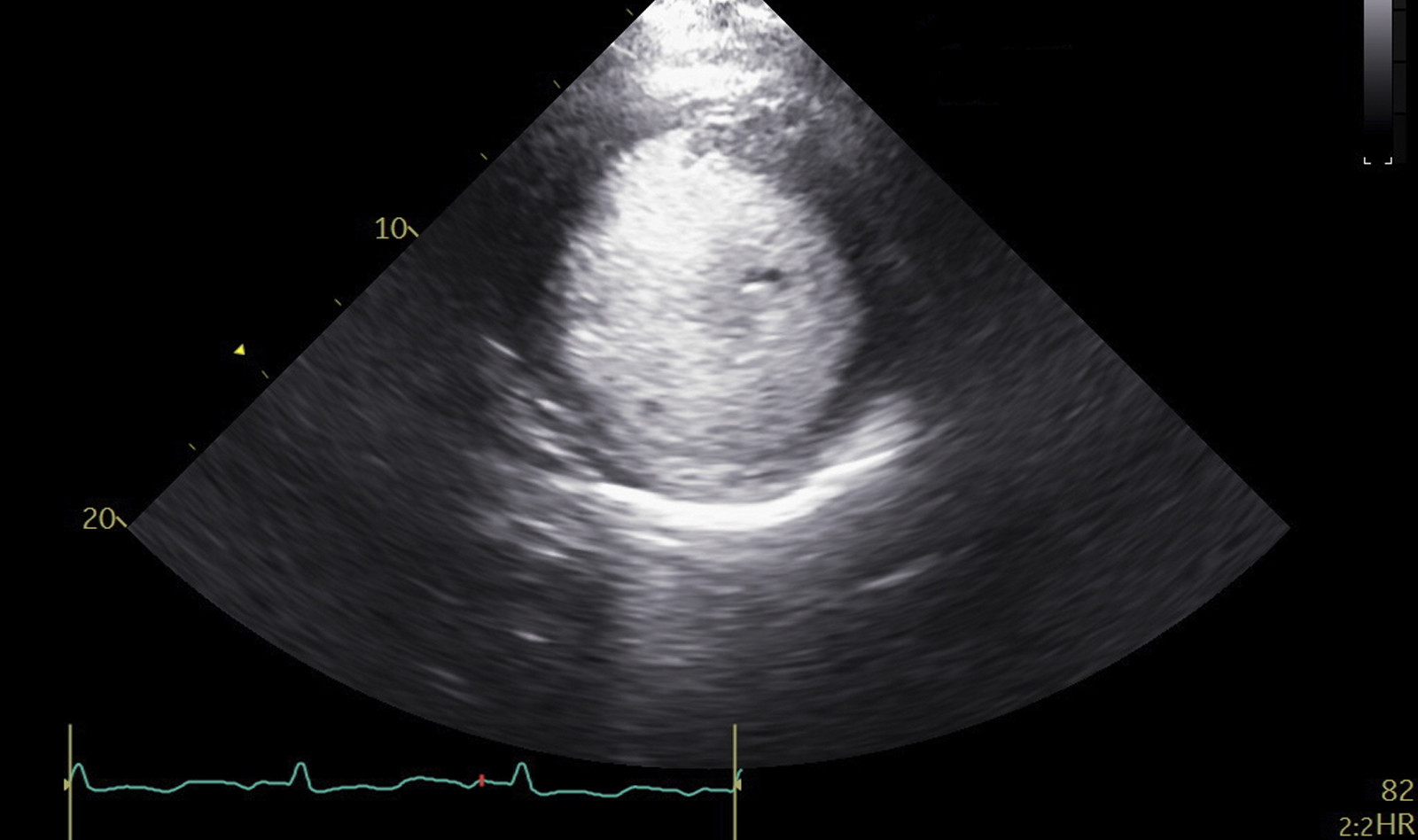 Ultrasound-enhancing contrast agent (CON) is now used routinely to improve both endocardial definition and accurate measurements in patients with suboptimal image quality. Contrast is also useful in the assessment of mass lesions such as apical thrombosis and to distinguish normal structure from artifact and improves the reproducibility of echocardiographic assessment of LV volumes and LV ejection fraction (LVEF).

However, contrast can ﬁll left ventricular intertrabecular recesses, thus yielding larger LV volume compared to two-dimensional (2D) echocardiography. This is practically true in the setting of LV dysfunction and hypertrabeculation.

The purpose of this study was to deﬁne the difference between 2D unenhanced echocardiogram and contrast enhanced measures of LV size and function in order to establish reference standards.

This retrospective study reviewed 3,269 echocardiograms, 624 (21.4%) of which received contrast agent. CON was performed for a variety of indications, including endocardial border deﬁnition, enhancement of Doppler signals, identiﬁcation of cardiac masses (especially apical thrombi) to clarify artifacts, evaluation of apical hypertrophy, and to improve interobserver reproducibility.

2D echocardiography images were adequate from the parasternal long-axis (PLAX) view in 599 cases, 343 of which also had adequate CON images. This allowed for comparison of LV wall thickness and LV dimensions between 2D echocardiography and CON in 343 cases.

In the apical view, images were adequate in 226 cases, 212 of which had adequate CON images, allowing comparison of LV volumes and LVEF between 2D and CON in 212 cases.

Measurements were made only in technically adequate views. The range of LVEF was 10% to 76% (mean, 43 ± 18%), and LVEF < 40% was observed in 231 patients (37.0%). 281 patients in whom the endocardial border could not be deﬁned from either apical two-or four-chamber views were excluded from the study.
Cardiac dimensions and wall thickness were measured and analyzed in 343 cases in the PLAX view. Clear endocardial borders were observed in 212 patients for both 2D echocardiography and CON in the apical view, and these were analyzed for LV volumes and LVEF. The following highlights the major result of this study:

The authors pointed out that previously published papers on this topic had smaller study population, were limited in scope and used fewer views. In contrast to previous studies, this study included also the parasternal views, which are important for wall thickness measurements, especially when the apical window is not available.