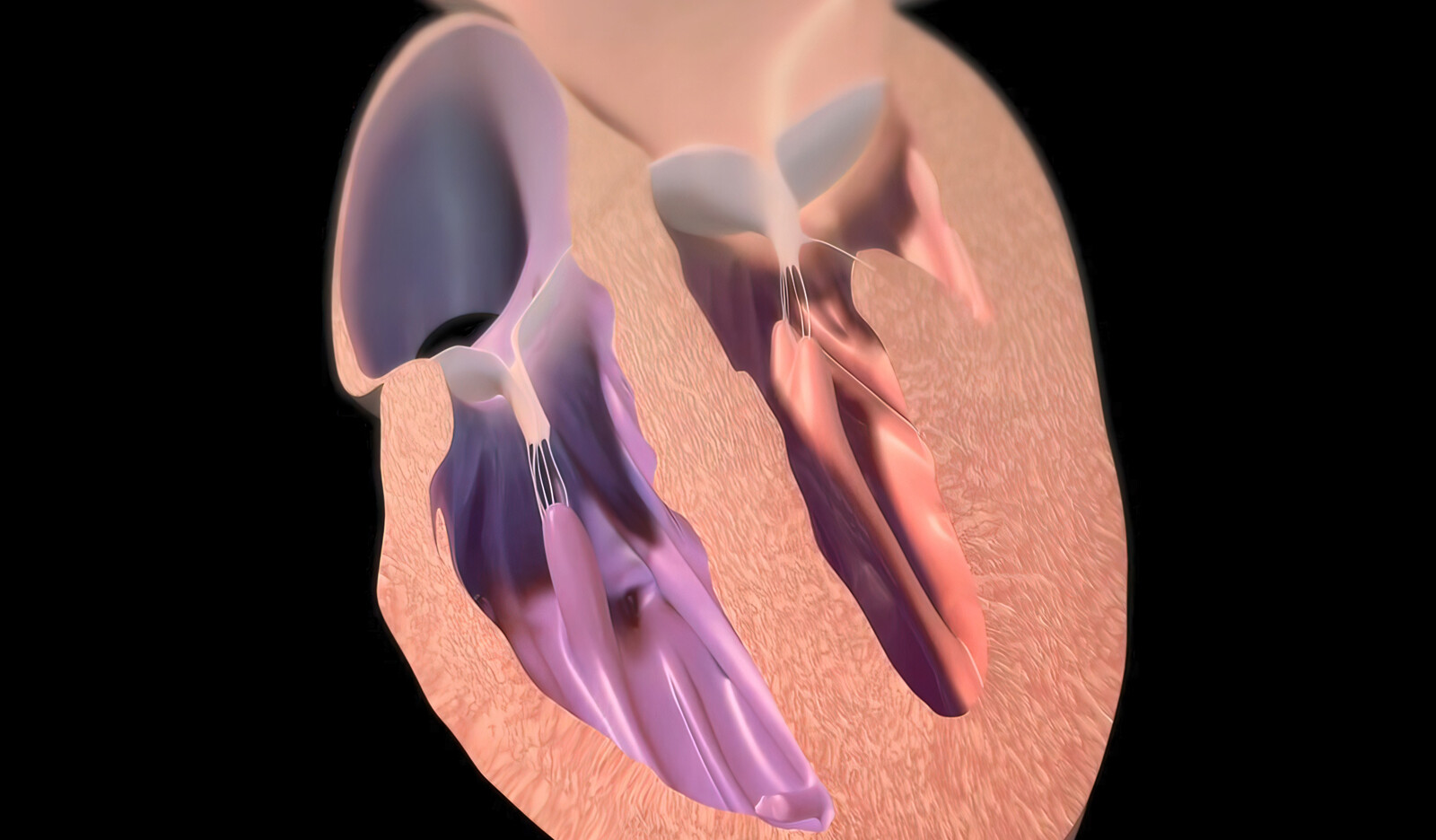 The RV functional assessment was completed with a strain analysis showing an RV free-wall longitudinal strain (RVFWLS) of –19.4% (normal value, –37.2% to –20.8% from the World Alliance of Societies of Echocardiography study and a type II postsystolic strain pattern

The patient started daily treatment with ambrisentan 10 mg and tadalaﬁl 40 mg. Six months later, her symptoms had improved to World Health Organization functional class I and NT-proBNP was normal (118 ng/L).

Tricuspid regurgitation was mild, inferior vena cava measured 1.5 cm and inspiratory collapse was present, and PASP was estimated at 73 mm Hg just as previously seen. Right ventricular strain improved, showing an RVFWLS of –27% and a type I postsystolic strain pattern. The TAPSE/PASP ratio showed an improvement from 0.28 to 0.33. Left ventricle parameters remained unaffected (end-diastolic biplanar volume of 58 mL and LV ejection fraction of 63%).

They also describe a recent report describing the prognostic impact of three postsystolic strain patterns of the RV free wall in a cohort of patients with IPAH reﬂecting progressive RV dyssynchrony.

Pattern I was deﬁned as a strain-time curve with a prompt downward return to baseline after the systolic peak with an end-diastolic straight line. This ﬁnding was associated with normal RV size and function. Pattern II corresponded to a strain-time curve with a postsystolic plateau followed by a return to baseline in end diastole. Pattern III was deﬁned as a postsystolic curve slowly and gradually moving toward baseline. This pattern was associated with severe functional class deterioration and severe RV dilation and dysfunction. It predicted worse clinical outcomes than pattern II.

In this study, the authors report a case of IPAH with RV dilation and mild RV dysfunction parameters with mildly reduced FAC and RVFWLS but normal TAPSE and TDI S’; in addition to these ﬁndings, the postsystolic strain pattern type II suggested a poor prognosis. Pulmonary vasodilator treatment was initiated with good clinical response, and the RV strain postsystolic pattern changed from pattern II to pattern I within 6 months.

Remarkably, RV echocardiographic improvement paralleled functional class improvement, despite the lack of a signiﬁcant reduction in the estimated PASP. In addition, there was a mildly improved TAPSE/PASP ratio, which suggested an improvement in the RV-PA coupling.

The authors concluded that no single echocardiographic parameter is sufﬁciently accurate to evaluate RV function, and an integrative approach is usually needed.

They also believe that right ventricular postsystolic strain patterns add a new tool to assess RV compromise in IPAH and may be of interest in addition to other parameters to identify RV dysfunction early, establish prognosis, and guide patient response to treatment.