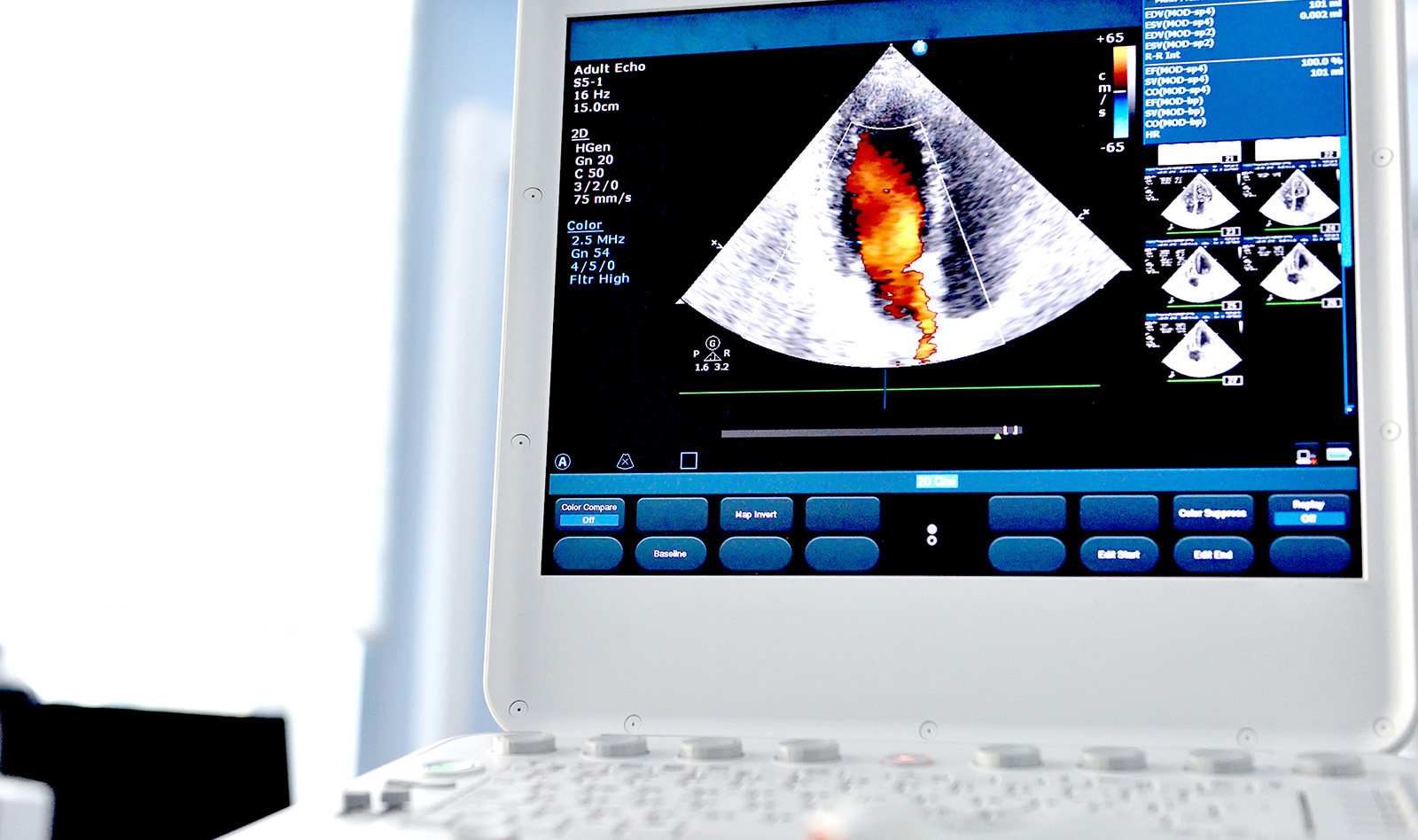 The role of the right ventricle (RV) in the pathophysiology of cardiac diseases has been emerged in the past few years as an independent predictor of morbidity and mortality in patients with heart failure (HF). Studies that evaluated the prognostic impact of right ventricular dysfunction (RVD) in patients with HF with preserved ejection fraction (HFpEF) found that patients with RVD had a worse prognosis. It now recognized that RVD is associated with the progression of HFpEF, but the mechanisms of this effect are not yet completely understood.

Evaluation of the RV remains challenging due to its unique crescent shape, which adds complexity to the quantiﬁcation of its function. Current US and European guidelines recommend multiparametric approach which includes assessment of RV function using several indices. RV global longitudinal strain (RVGLS) by two-dimensional (2D) speckle-tracking echocardiographic (STE) imaging is an emerging and reliable index for the assessment of RV mechanical changes. It has the advantage of having less angle dependency than other parameters.

The goal of this paper was to evaluate the prognostic signiﬁcance of different echocardiographic parameters of RVD in patients with HFpEF, and data from cardiac magnetic resonance (CMR).

Patients were recruited between December 2015 and June 2017. The diagnosis of HFpEF was made according to the latest European Society of Cardiology guidelines; presence of symptoms and/or signs of HF, preserved left ventricular (LV) ejection fraction (>50%), elevated levels of N-terminal pro–brain natriuretic peptide (NT-proBNP; >125 pg/mL), and echocardiographic evidence of cardiac functional and structural alterations (LV hypertrophy, left atrial enlargement, and/or diastolic dysfunction).

183 patients satisﬁed the inclusion criteria, but STE RVGLS analysis was feasible in 149 patients, which constituted the final study population.

The control group constituted 28 asymptomatic volunteers aged 60 to 90 with similar age and sex without evidence of heart disease, contraindications to CMR; and diabetes. They underwent a full clinical examination, electrocardiography, echocardiography, and exercise stress testing.

In addition to TAPSE, FAC, S’ velocity and estimated systolic pulmonary artery pressure (eSPAP), which were recorded in the four-chamber view oriented to the right ventricle, global LV and RV strains were computed using 2D STE software. RV strain was evaluated with the peak global strain of the whole myocardium, including the septum (RVGLS), and of the free wall (RV free wall longitudinal strain [RVFWLS]) in the apical four-chamber view focused on the right ventricle.

CMR was performed using a 3-T system (Ingenia; Philips Medical Systems, Best, the Netherlands). RV and LV volumes and ejection fractions were computed from the short-axis cine images by semiautomatically tracing the endo- and epicardial contours in the end-diastolic and end-systolic phases and values were indexed to body surface area.

Among the study population, 120 of 149 patients (81%) and all control subjects underwent CMR. All RV echocardiographic parameters correlated signiﬁcantly with CMR-derived RVEF, with P < .001 for Pearson linear correlation. Among all parameters, STE RVGLS had the best correlation with CMR-derived RVEF. STE RVGLS was more reproducible than FAC but slightly less than TAPSE and showed similar variability to CMRderived RVEF

The authors conclude that in patients with HFpEF, RVD assessed by STE RVGLS is a strong independent predictor of overall mortality and HF hospitalization, providing additional prognostic value over clinical parameters.

They also noted that STE RVGLS was found to have higher predictive value than FAC and TAPSE, and therefore they suggest that effort should be made to standardize myocardial deformation software to implement STE RVGLS in daily practice.