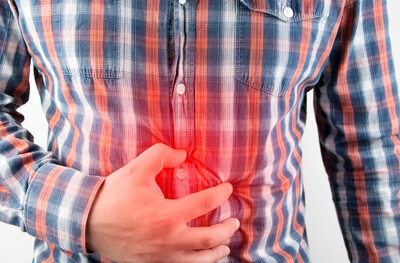 For people older than 65 years, abdominal aortic aneurysm (AAA) occurs in about 2% of men and 0.5 % of women. The maximum AAA diameter is used to predict AAA growth and rupture. It is also used in clinical practice to guide decision-making. Current guidelines recommend considering AAA repair when the maximum diameter is ≥ 55 mm in men and ≥ 50 mm in women.

Several previous clinical trials using ultrasound imaging were done with an attempt to estimate maximum AAA diameter. However, they were limited due to measurement protocols that were incompletely reported and vary in both plane of acquisition and caliper placement. AAA screening programs have used a variety of different methods to measure AAA diameter on ultrasound, including the inner-to-inner (ITI) or leading edge-to-leading-edge (LETLE) methods of caliper placement.

Such different methods of caliper placement can cause differences of up to 5 mm in maximal AAA diameter. This leads to implications on decision-making regarding surgical repair and surveillance intervals which could impact outcome.

A convenience sample size of 50 participants was used. Participants met the following inclusion criteria: (1) a small infra-renal AAA measuring 30–55 mm in maximal diameter and (2) an ultrasound performed by one of three experienced vascular sonographers using a standardized protocol. Exclusion criteria included patients with a history of previous abdominal aortic surgery.

An interview and physical examination were done upon recruitment.  Relevant medical history and clinical measurements were collected. Ischemic heart disease, hypertension and diabetes were defined as a previous diagnosis or treatment of these conditions by a qualified medical physician. Stroke was defined as a documented history of ischemic or hemorrhagic stroke. The presence of aneurysms at other sites was determined through documented history or relevant medical imaging. Brachial blood pressure, waist circumference and body mass index were measured as part of the study.

All ultrasound scans were performed using a Phillips iu22 machine (Phillips Medical Systems, United States) with a C5-1 MHz general purpose curvilinear abdominal transducer by one of three experienced sonographers. Participant fasted for 12 h prior to the ultrasound exam to minimize interference from bowel gas. Scanning was done in the supine position. The abdominal aorta was examined in both the transverse and sagittal planes to identify infra-renal landmarks, vessel tortuosity and obliqueness. Static ultrasound images in the transverse plane acquired in systole were obtained at the point of maximal dilation of the infra-renal abdominal aorta perpendicular to the central vessel line. The images were then centrally stored in accordance with health service policy.

Three observers, that were selected based on their pre-existing knowledge of aortic anatomy, cardiovascular physiology and imaging, were trained to measure maximal AAA diameter on static ultrasound images using a predefined protocol.

A set measurement protocol was developed in consultation between a vascular sonographer, vascular surgeon and researcher. Five measurements were performed to assess AAA diameter. Three in the anterior–posterior (OTO, ITI and LETLE) and two (OTO and ITI) in the transverse plane. Static ultrasound images were imported as DICOM images to the OsiriX Lite 32-bit version (Pixmeo, Geneva, Switzerland) software for analysis.

Median maximum diameter of the included patients varied by up to 8.3 mm depending on the measurement method used.

There was great variation in reproducibility coefficient between each individual method and each individual observer. While not statistically significantly different from ITI and OTO caliper placement in the same plane, scans obtained in the anterior–posterior plane and with LETLE caliper placement, had the lowest overall intra-observer reproducibility coefficient (± 2.2 mm).

This study examined the influence of alternative methods of measurement of AAA diameter under conditions typically required in clinical trials. Measurements obtained perpendicular to the probe (transverse in the supine position) were less repeatable due to poorer resolution of the lateral vessel walls. There was no statistically significant difference between alternative methods of measurement where caliper placement was in line with probe positioning (anterior–posterior for supine position).

The current study found no statistically significant differences between different methods of caliper placement when only measurements obtained in the same plane as the ultrasound probe are considered. The overall intra-observer reproducibility found in the current study are similar to those previously reported.

This study suggests that the ITI, OTO and LETE calliper placement methods can be equally well reproduced when placed in the same plane as the US probe, i.e. anterior–posterior. The measurement of transverse ITI or OTO diameter is not as reproducible. These findings suggest that measurement in the anterior–posterior plane should be used in clinical practice and clinical trials.

The findings suggest that measurements of AAA size should be performed in the anterior–posterior plane and ideally compared between different time periods by the same observer.