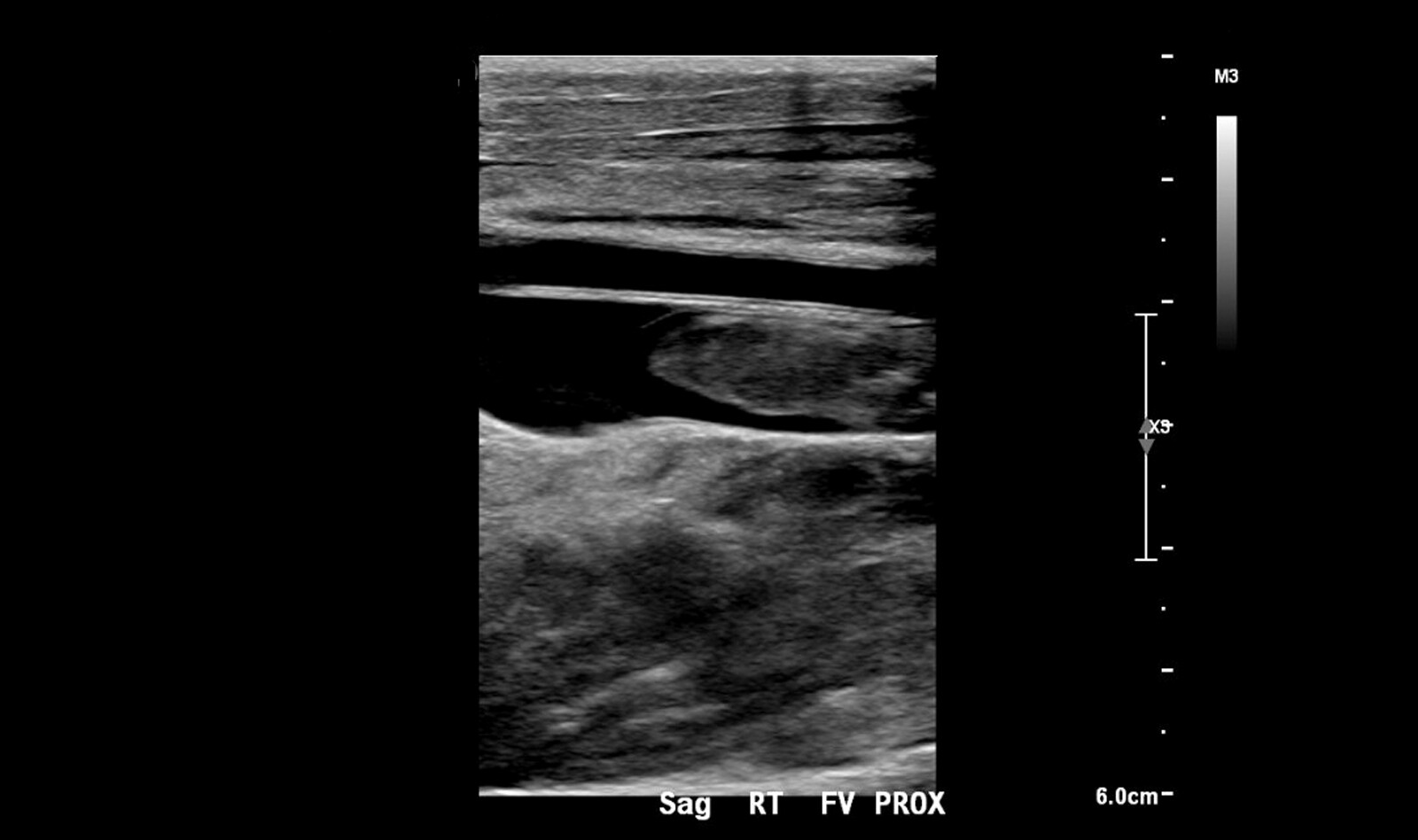 The estimated annual incidence of lower extremity deep venous thrombosis (DVT), which is considered to be a continuum of the same disease as pulmonary embolism (PE), is 1.2–1.6 per 1000 people. The progression of DVT to PE is the most serious complication of DVT, with incidence up to 66% in patients with silent pulmonary embolism. The risk of PE is being higher in DVTs located in iliac or femoral veins as compared to those in the popliteal vein.

Clinical diagnosis of DVT is very challenging, making Doppler compression ultrasound (US) examination the standard method for confirming or excluding DVT. Point-of-care ultrasound (POCUS) can be used as an alternative method to the standard venous US conducted by a radiologist.

LCUS – Limited compression Ultrasound Examination – is a 2-point compression ultrasound examination of only the common femoral, proximal superficial femoral, and popliteal veins. It is considered positive for thrombus if either the vein is not fully compressible, or a thrombus is visualized. LCUS performed by a heterogeneous group of emergency physicians had a sensitivity of 86% with a specificity of 93% as compared to a whole-leg compression US performed by a radiologist.

The purpose of this study was to evaluate whether teaching general practitioners (GPs) to use LCUS in primary care could reduce the number of suspected lower extremity DVT referrals to the secondary health care unit.

The study took place in Saarikka Primary Care Public Utility (a catchment area 18.000) in central Finland. Of the total of 18 GPs that work in Saarikka, three were skilled in LCUS before this study. A radiologist from the secondary care hospital visits Saarijärvi weekly to conduct US examinations. Between these visits, there is no radiologist service available unless the patient is referred to the hospital. There are no other public or private health care facilities in the Saarikka area.

During 2015–2016, the GPs were trained in LCUS, and the study analyzed the number of patients referred to the hospital due to a suspected DVT before and after this training period. It was expected that 104 annual referrals would come from Saarikka. This was based on the total number of radiologist-performed venous ultrasound exams in the referral hospital (1440 and 1445 in years 2015 and 2016, respectively) and adjusted to the population of Saarikka. Since the incidence of DVT was thought to be constant, it was hypothesized that any possible reduction in the number of referrals would be related to the training of GPs and their performance of LCUS examinations in Saarikka.

During 2015–2016, 18 physicians, medical students, or other short-term or part-time locums were trained to perform a LCUS examination. The LCUS training included a 2-h training session including machine operating skills and fundamental US physics. Training included a lecture, demonstration, and a hands-on training on healthy volunteers. Pathological findings of thrombotic veins were shown in videos and as images. During the year 2016, the physicians in training were able to follow US examinations performed by the trainer and also to verify their clinical US findings with him. Of those physicians trained, eight GPs and five short-term locums continued to work in Saarikka during the post-intervention period. A total of four GPs did not participate the training. Additionally, five medical students working as GPs during summer 2017 were trained when they started working.

The authors concluded that teaching LCUS protocol to GPs substantially reduced referrals to the hospital due to a suspected DVT. Importantly, it did not seem to result in an increasing number of pulmonary embolisms. This result was achieved with a relatively short training. No DVTs were missed in patients with a diagnosed PE.