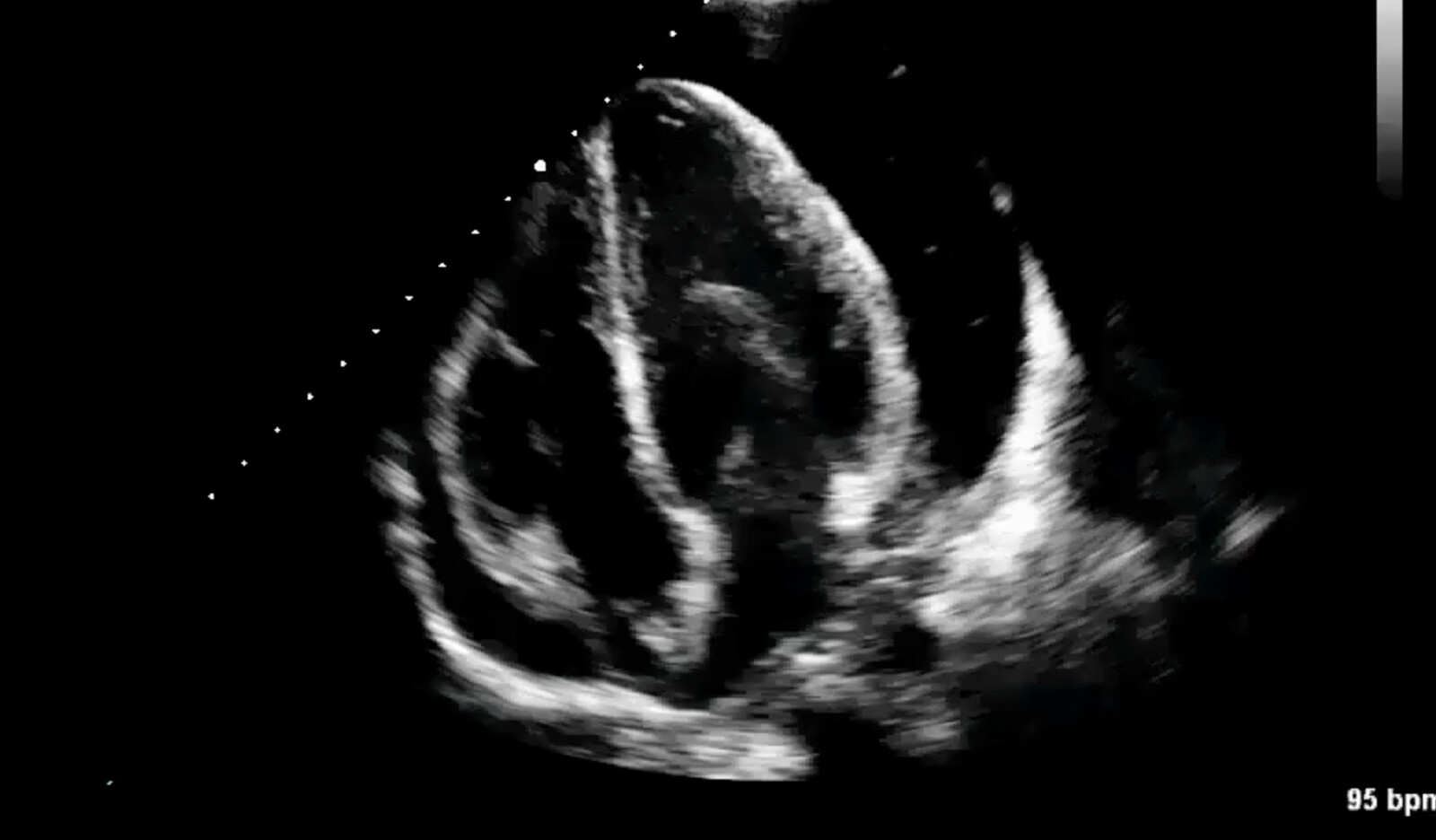 Pericardial effusions represent a clinical spectrum of disease ranging from asymptomatic to obstructive shock and can be the etiology of nonspeciﬁc cardiopulmonary symptoms, unrecognized shock, and abrupt clinical deterioration. Therefore, identiﬁcation of pericardial effusion remains challenging in the ED, especially in patients without overt signs of shock.

Point-of-care-ultrasonography (POCUS) for the identiﬁcation of pericardial effusions and cardiac tamponade is a core skill in emergency medicine. Emergency physicians have been shown to reliably identify pericardial effusions and echocardiographic signs of cardiac tamponade with POCUS, leading to more rapid identiﬁcation of cardiac etiologies for dyspnea and shock.

The primary goal of this study was to evaluate the impact of POCUS on timing of intervention for pericardial effusions in patients who had a procedure to drain the effusion.

The authors also evaluated trends in POCUS utilization during a period when the emergency ultrasound program was established at their institution. The authors hypothesized that patients who underwent POCUS performed by the emergency physician would have earlier intervention for pericardial effusion.

This was a retrospective cohort study utilizing electronic health record (EHR) data to evaluate the effect of ED physician performed POCUS on time from presentation to intervention in patients with a pericardial effusion.

Intervention was deﬁned as the performance of a pericardiocentesis, placement of pericardial drain, pericardial window or other surgical procedure to remove ﬂuid from within the pericardial sac. The study timeframe spanned eight years (July 1st, 2012, to June 30th, 2020) and during this time, major changes to the POCUS workﬂow and education occurred in the ED.

The study was performed at an urban academic tertiary care medical center with a high volume of oncology, cardiac surgery, and other specialty care. Patient encounters originating in the ED during the study timeframe were reviewed and those with ICD-9, ICD-10, and CPT-4 billing codes for pericardiocentesis and related procedures were included in the cohort. The cohort was limited to pericardial effusions that required drainage on the same encounter as these were considered clinically signiﬁcant.

Prior to ﬁscal year 2015, the authors’ department had access to ultrasound equipment and residency curriculum for bedside ultrasound, but limited infrastructure (early period). They then hired focused practice designation (FPD) eligible advanced ultrasound faculty to establish a quality assurance program with focused educational feedback and to redesign POCUS curricula at the start of ﬁscal year 2015 (transition period beginning 7/1/2014). They established an orders-based workﬂow including ordering of all POCUS studies in the EHR, electronic image archiving and mandated imaging study documentation at the beginning of ﬁscal year 2018 (late period beginning 8/21/2017).

Three hundred forty-five patient encounters meeting the inclusion criteria were identiﬁed using the initial search strategy based on ICD and CPT codes. After exclusions, 257 total encounters were identiﬁed as eligible with 137 who received POCUS and 120 who did not over the eight-year study time-period.

No signiﬁcant differences in age, gender, race, comorbidities, time of presentation or anticoagulation were observed between groups.

Patients who received POCUS more frequently had chest pain or shortness of breath as their chief complaint, but this difference was not statistically signiﬁcant. Additionally, POCUS patients were also more likely to have pericardial effusion and cardiac tamponade diagnosed in the ED. In addition, POCUS patients were also less likely to have a cardiology-based echocardiogram prior to intervention.

Time to intervention for pericardial effusion

A multivariable Cox proportional hazards model was used to estimate the adjusted median time to intervention. POCUS was associated with earlier intervention (HR 2.08 [95% CI 1.56–2.77]) after adjustment for age, gender, Charlson comorbidity index, anticoagulation, night or weekend rooming in the ED, and hemodynamic instability.

The author concluded that in this single-center retrospective study of patients who underwent pericardial drainage, POCUS was associated with an earlier time to intervention after adjustment for multiple confounding factors.