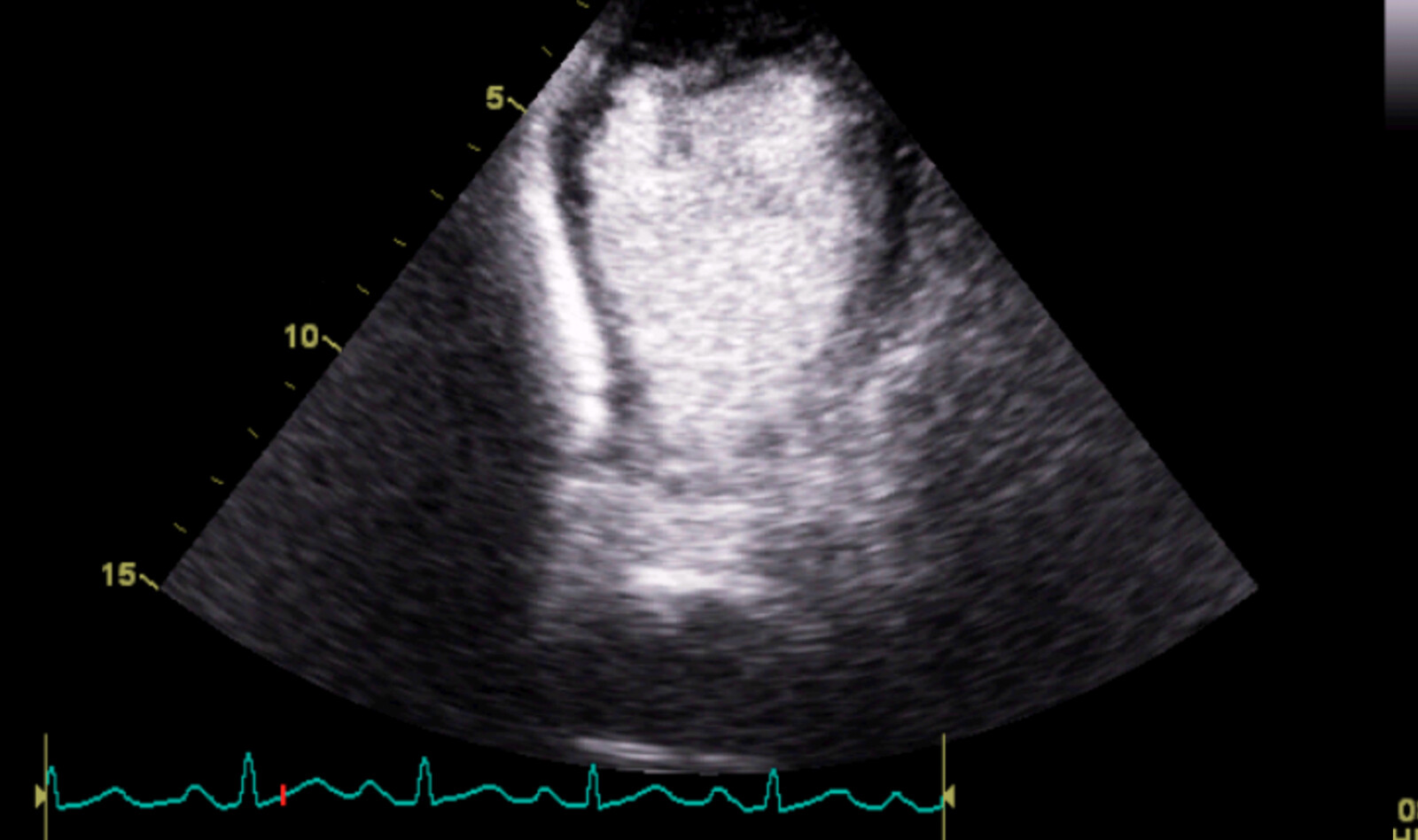 Since contractility is highly dependent on the concentration of high-energy phosphates released with ATP hydrolysis, it is reasonable to assume that the cavitation created by transthoracic high-MI impulses during contrast infusion has an effect on myocardial contractility.

The purpose of this study was to evaluate if the cavitation created during impulses during contrast infusion has an effect on global longitudinal strain (GLS) – a measure of left ventricular systolic function.

This randomized prospective trial was taken among 50 patients referred to the echocardiography laboratory for evaluation of different symptoms:

The contrast infusion was terminated after all apical and parasternal views had been obtained. Patients then underwent repeat imaging at 5-min intervals for up to 10 min after cessation of the contrast infusion for GLS measurements using the same settings as at baseline. At these time points after contrast infusion, there was minimal or no evidence of residual contrast within the LV cavity or myocardium. On the basis of biplane enhanced LV volume measurements at end-diastole and end-systole, patients were classiﬁed as having a normal or abnormal resting LVEF using a cutoff of 50%.

There were no differences in any demographic variable between groups. In 19 patients (38%), baseline LVEF was <50% and not different proportionally between groups. Similarly, LVEF, cavity dimensions, and transmitral E/e’ ratio were similar between groups.

GLS Measurements before and after Imaging Protocols

The authors pointed out that this was the ﬁrst study to document at least a transient biologic effect on systolic function in humans of intermittent high-MI impulses applied during infusion of a commercially available contrast agent. The improvement in GLS was variable but was related to the effect of the intermittent high-MI impulses. This temporary effect on LV systolic function in patients with both normal and abnormal ejection fractions.