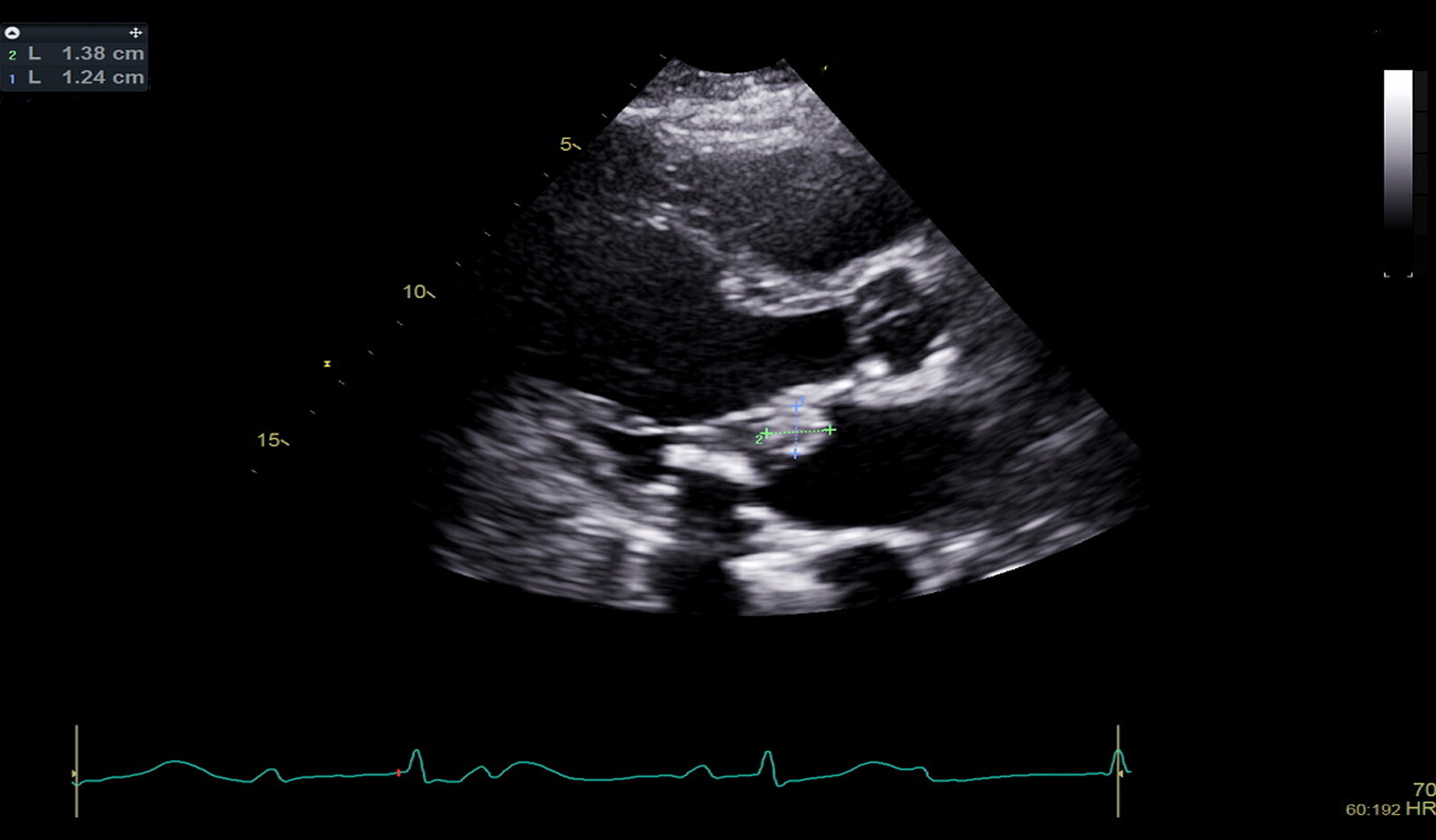 REVIEW • Cardiac Imaging for Diagnosis and Management of Infective Endocarditis

In this review, the authors discuss the role of cardiac imaging in establishing the diagnosis of IE, in predicting its thromboembolic risk, and in clinical decision-making regarding the need for and timing of surgery.

Disruption of the heart’s endothelial lining, which exposes subjacent collagen that interacts with circulating elements, leads to triggering the formation of a platelet-ﬁbrin mass. In the presence of bacteremia, the mass is converted into a mature vegetation.

High velocity intracardiac jets are believed to cause trauma to and disruption of the endothelium. An example is the presence of mitral regurgitation (MR), which can lead to endothelial disruption (jet lesion) on the atrial surfaces of the mitral leaﬂets due to the trauma produced by the high velocity ﬂow stream that passes through the regurgitant oriﬁce.

One of the hallmarks of the vegetation is motion that is independent of the valve to which it is attached. Embolic potential is largely related to lesion size.

A number of masses must be distinguished from vegetations:

Native valve endocarditis (NVE) can lead to several valvular complications such as perforation (approximately 15% of patients with NVE), and secondary infections of the mitral valve in approximately 15% of patients with aortic valve endocarditis, which often result from contact between long aortic valve vegetations that protrude deeply into the left ventricular outﬂow tract during diastole and contact the ventricular surface of the anterior mitral leaﬂet.

Abscesses, which are most commonly caused by invasive organisms such as Staphylococcus aureus, enterococci, and fungi, represent spread of infection beyond the conﬁnes of the annulus into the surrounding tissue bed. They develop in about 15% of patients with NVE and in almost half of those with infected bicuspid aortic valves. Interestingly, though, vegetation size bears no correlation to the likelihood of abscess formation.

Extravalvular spread of infection is signiﬁcantly more common in aortic than mitral valve endocarditis. Pseudoaneurysms are believed to develop from abscesses that abut the high-pressure left ventricle. The pressure head generated in the ventricle is thought to forge pseudoaneurysms by dissecting into structurally deﬁcient abscess tissue. Echocardiographically, pseudoaneurysms of the mitral-aortic intervalvular ﬁbrosa (MAIF) appear as narrow-necked echolucent outpouchings that ﬁll with blood in systole and collapse in diastole.

The incidence of early PVE is greatest during the ﬁrst 2 months after surgery. Early PVE usually results from contamination of the surgical ﬁeld at the time of prosthetic insertion or from hematogenous spread from infected intravascular catheters. In addition, the risk for developing PVE is increased if the indication for valve replacement surgery was IE.

Despite TEE’s greater sensitivity, TTE is still the recommended ﬁrst imaging procedure in all patients suspected of having NVE or PVE.

TTE is superior to TEE for evaluating left and right ventricular function and for assessing hemodynamics (transvalvular gradients, central venous and pulmonary artery systolic pressure). Moreover, TTE permits imaging of the anterior aspect of prosthetic aortic valves, which may not be visible with TEE because of acoustic shadowing. TTE may also detect prosthetic mitral valve dehiscence, particularly when a convergence zone is seen impinging upon the dehisced region.

18 F-ﬂuorodeoxyglucose (FDG) is an analogue of glucose. Both molecules are taken up by cell membrane transporters and are phosphorylated by the glycolytic enzyme hexokinase. The utility of FDG PET is based on the increase in metabolic activity (i.e., increased FDG uptake) observed in neutrophils, lymphocytes, and macrophages that migrate into foci of inﬂamed tissue.

The primary utility of FDG PET/CT is in patients with prosthetic heart valves and Duke-possible IE status. It is important to note, however, that FDG PET/CT has a high false-positive rate, particularly during the ﬁrst 3 months after valve surgery, because it fails to distinguish inﬂammation due to infection from sterile postoperative inﬂammation.

The primary utility of cardiac CT is in patients with suspected paravalvular disease in whom cardiac anatomy cannot be adequately delineated Echocardiographically. Although the sensitivities of cardiac CT and TEE are comparable for detecting paravalvular disease, it is worth noting that the two imaging methods are complementary, providing incremental diagnostic yield when combined.

The modiﬁed Duke criteria (MDC) incorporate echocardiographic and microbiologic ﬁndings as well as a number of clinical criteria to determine the likelihood of IE. The MDC are widely used in daily clinical practice, but it is important to note that they detect only 80% of all cases of IE and <60% of cases of PVE.

The limited sensitivity of the MDC may be related to suboptimal echocardiographic windows, leaﬂet redundancy in myxomatous valves, mitral annular calciﬁcation, small vegetation size, acoustic shadowing by prosthetic valves, and prior antibiotic use in postoperative patients.

In an effort to improve the sensitivity of the MDC, it has been proposed that they incorporate several additional diagnostic criteria, as recommended in the 2015 ESC criteria.